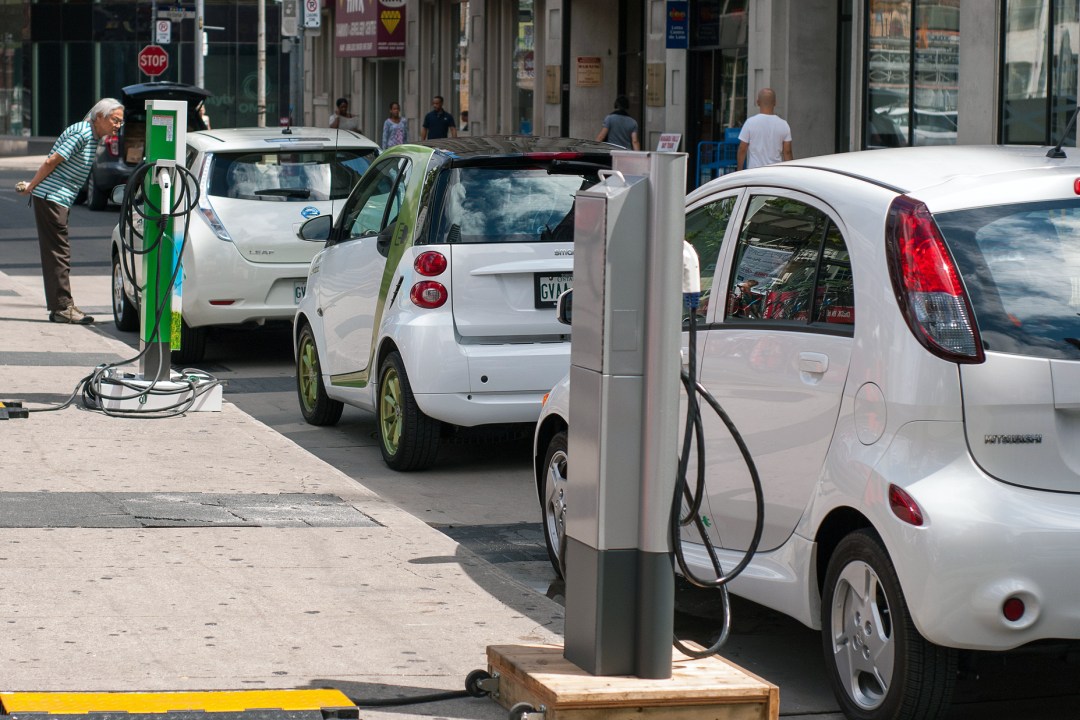 The German government wants a million electric cars on its roads

The Government and the all-powerful German industry have joined forces to provide aid for the purchase of electric vehicles. His goal is ambitious, want to have a million electric on its roads by 2020. Political will is always key to the spread of this type of transport technologies.

The German government will spend 1,000 million euros in aid to the automotive sector, including aid for the purchase of vehicles are  electric . Some 300 million will be invested in the creation of 15,000 recharge areas.The money will actually 50% the government and manufacturers of cars .

The plan will be implemented from next month and is expected to be a success.

An electric car is an automobile that is propelled by one or more electric motors, using electrical energy stored in rechargeable batteries or another energy storage device. Electric motors give electric cars instant torque, creating strong and smooth acceleration. They are also around three times as efficient as cars with an internal combustion engine. The first practical electric cars were produced in the 1880s. Electric cars were popular in the late 19th century and early 20th century, until advances in internal combustion engines, electric starters in particular, and mass production of cheaper gasoline vehicles led to a decline in the use of electric drive vehicles. The energy crises of the 1970s and 1980s brought a short-lived interest in electric cars; although, those cars did not reach the mass marketing stage, as is the case in the 21st century.

Since 2008, a renaissance in electric vehicle manufacturing has occurred due to advances in batteries and energy management, concerns about increasing oil prices, and the need to reduce greenhouse gas emissions. Several national and local governments have established tax credits, subsidies, and other incentives to promote the introduction and now adoption in the mass market of new electric vehicles depending on battery size and their all-electric range.