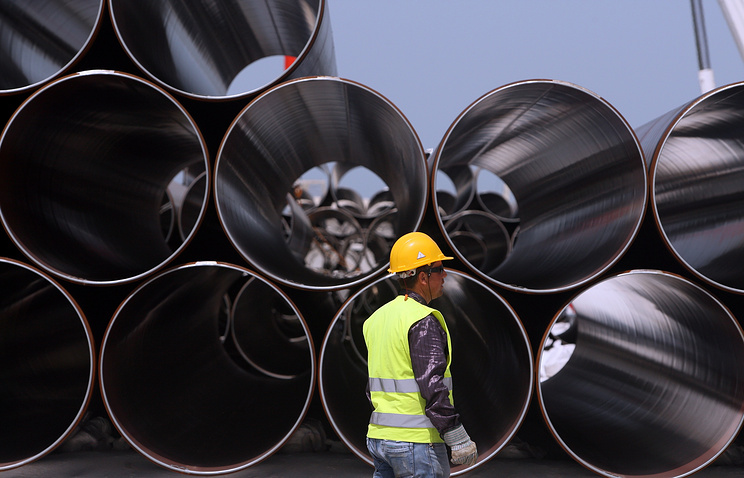 Answering a question, whether the fact that the Turkish state bodies would in the near future re-issue the permits that had once been issued for the South Stream project and that the work could be continued also on the project in the previous configuration – with a pipeline to Bulgaria, Miller said: “No, we are talking exclusively about the re-registration of all previously issued permits for the Turkish Stream, a sea pipeline from Russia to Turkey.”

Speaking about whether gas through the Turkish Stream pipeline would be delivered to Europe, the Gazprom head said that “the Turkish side offers such a possibility to the border of Turkey and Greece.”

Russian Energy Minister Alexander Novak said previously that in October this year it was planned to negotiate and sign the draft intergovernmental agreement, as well as the beginning of the construction on the first leg of the Turkish Stream pipeline after receiving all the necessary permits for the construction and exploration in the territorial waters of Turkey.

Novak added that the parties agreed to establish a working group that would prepare and agree the draft intergovernmental agreement on the construction of at least one line of the pipeline under the Black Sea to Turkey with a possible second line. Each line will have the capacity of 15.75 billion cubic meters of gas.

The Turkish Stream project was announced by the Russian authorities in December 2014 as a replacement for the South Stream. It was planned that the marine section of Turkish Stream would comprise four lines each with the capacity of 15.75 billion cubic meters. The pipeline is to stretch by 660 km in the old corridor of the South Stream and by 250 km in a new corridor in the direction of the European part of Turkey.

The first line of the gas pipeline is intended to meet the growing Turkish market demand. On December 1, 2014, Gazprom and the Turkish company Botas signed a memorandum of understanding on the construction of the Turkish Stream gas pipeline with the capacity of 63 billion cubic meters annually from Russia to Turkey across the Black Sea. In 2015, Russian Energy Minister Alexander Novak said that two branches of the pipeline would be laid at the initial stage.