Home » Culture and history » From Aprons to Leggings and Back: How School Fashion Changed in Russia 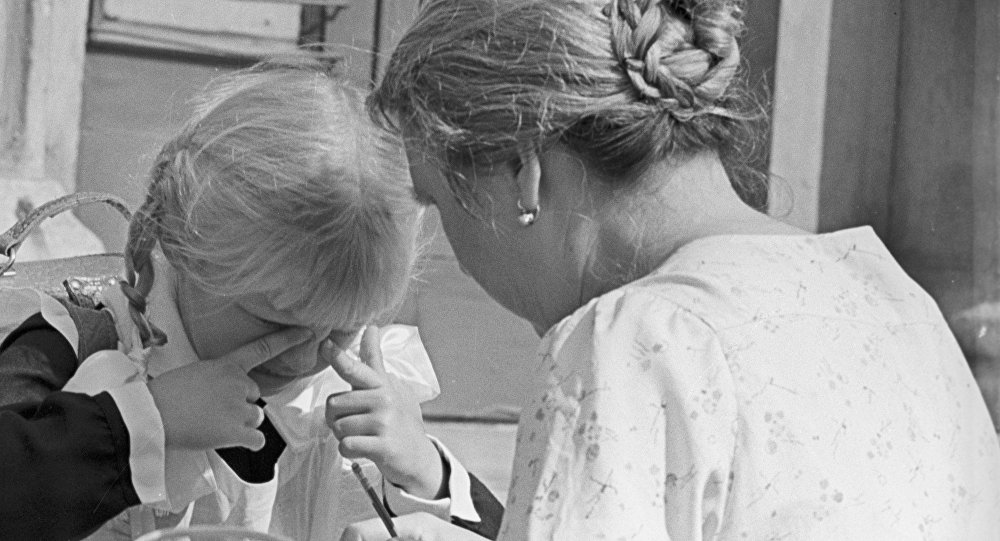 From Aprons to Leggings and Back: How School Fashion Changed in Russia

For more than 70 years, schoolchildren’s outfits have undergone major changes. Find out how Russian students dressed in different years.

Until 1948, there was no school uniform in the USSR. Pupils wore what their parents could provide them, the exception was a pioneers’ uniform. At regular schools, it was simplified to light shirts, dark blue skirts, shorts or trousers and red ties.
1950

After the introduction of the uniform in 1948, boys had to wear gray military-like shirts with gray trousers. Girls received brown dresses with black or white aprons that tied in a bow at the back. Even schoolgirls’ hair had to meet the formal requirements: only short haircuts or braids were allowed.
Later, this uniform proved insufficiently practical: in terms of using ink and fountain pens, blots on the sleeves became an inevitable companion of schoolchildren. In 1954, some changes in the boys’ uniform were made, for example, a steel blue shirt was introduced.
1960

In 1962, boys were dressed in gray wool suits with four buttons; the girls’ uniform remained the same.
At PE classes, Soviet schoolchildren wore t-shirts, shorts and simple sports shoes – usually all in black.
See the rest of the phases on Sputnik