Home » Manchet 3 » Lavrov: Europe is trying to “cut” relations with Russia under US pressure 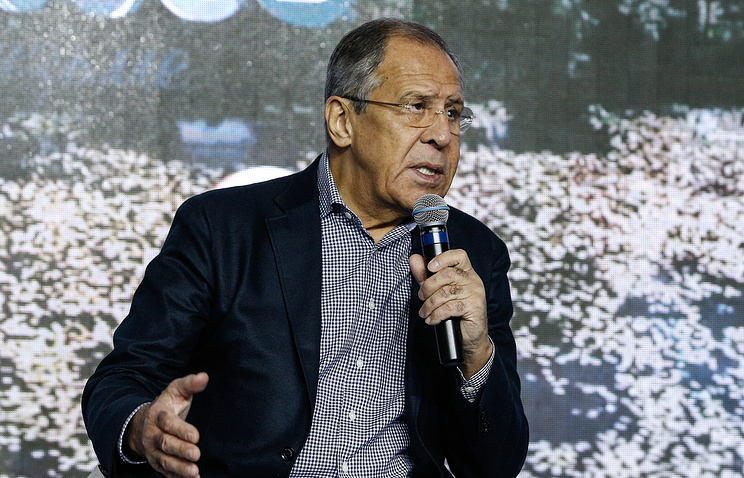 Lavrov: Europe is trying to “cut” relations with Russia under US pressure

Europe is trying to “cut” relations with Russia under US pressure, such priority of political values over economic ones contradicts the West’s permanent ideology, Russian Foreign Minister Sergey Lavrov said in an interview for the Council for the Foreign and Defense Policy timed to the opening of the Eastern Economic Forum (EEF).

“Europe now itself wants to ‘cut’ its relations with us under orders from the United States,” Lavrov said. “But there are many countries in Europe that do it absolutely deliberately, saying straight that in this case the policy [of punishing Russia] should dominate over economy.”

“This is fully out of line with what the West has always adhered to,” he said.

According to the minister, the European Union has upstaged all in Russophobia, including NATO that builds the discussion in a more democratic way.

“What is now happening in the European Union is very illustrative,” he said. “I say this without a trace of malice, because the current processes are conditioned upon the fact that the principles of solidarity and ‘mutual cover-up’ are embodied by bureaucratism, which begins not just to perform the functions delegated by the EU member states, but also hogs the “blanket”, which so far covers these member countries, does not allow them to “freeze” and makes them feel comfortable.”

According to Lavrov, “bureaucracy in the USSR was also overwhelming the Soviet Union republics, but the European Union has “upstaged” all, even NATO, where the discussion is built in a more democratic way, although the Russophobian minority speculates in the most shameless manner on the principle of consensus and bloc solidarity”.

“The bureaucracy of the European Union is trying to forbid countries to act at their own discretion in the spheres nobody has delegated to Brussels,” the Russian foreign minister said. “There are very many such examples.”

Lavrov hopes that “this ‘excess’ will be realized and fixed, because we want the EU to be free of internal contradictions, we want to see it as a reliable partner that is guided by the economic interests of its member states, and not by any geopolitical considerations that have nothing to do with common sense and the economy.”

No problems with understanding during contacts with Kerry

Sergey Lavrov has also dwelled upon his relationship with his US counterpart, John Kerry.

“We with John Kerry, I will say frankly, have never had problems with understanding,” the Russian minister said. “We not always agree with each other, but we respect the position each of us has to defend. This, by the way, helps come to agreements.”

Lavrov said he had met with the US secretary of state about 40 times – an absolute record in contact intensity.