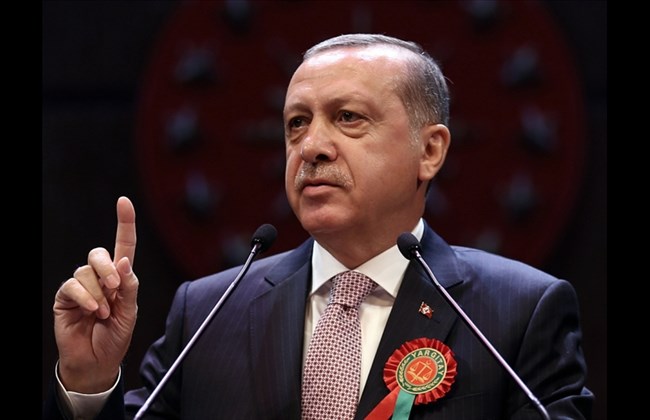 Turkey’s president defended the sweeping crackdown that saw the detention of thousands of judges and prosecutors following July’s failed coup, asserting Thursday that it would boost the judiciary.

After the failed July 15 coup that left at least 270 people dead, the Turkish government declared a state of emergency and launched a massive crackdown against supporters of the movement led by U.S.-based Islamic preacher Fethullah Gulen, whom Ankara deemed responsible for the uprising. Gulen denies involvement.

Thursday, the national defense minister announced 820 personnel were dishonorably discharged from the army and the navy. Of those, 648 were already under arrest.

Turkey’s state-run Anadolu news agency reported that so far 4,451 military personnel have been discharged since the coup, including 151 generals and admirals.

Some 35,000 people have been detained for questioning and more than 17,000 of them have been formally arrested to face trial, including soldiers, police, judges, prosecutors and journalists. Tens of thousands have been dismissed from their jobs.

Earlier this week Erdogan had called all citizens who knew of anyone affiliated with Gulen’s movement to report them to the police and prosecutors. The crackdown has raised concerns among Turkey’s Western allies and human rights organizations, who have urged the government to show restraint.

In other developments Thursday, EU Migration Commissioner Dimitris Avramopoulos urged Turkey to amend its tough anti-terrorism laws so the EU can lift its visa restrictions – a key incentive in a deal to stop migrants crossing the Aegean Sea.

Avramopoulos held talks with Turkish officials after they warned they would suspend a March migrant deal if the visa restrictions weren’t lifted for Turkish nationals. The deal has drastically reduced the number of migrants and refugees from crossing to Greece and onward to wealthier EU countries, such as Germany, France and Sweden.

“Since March, Turkey has made considerable progress,” Avramopoulos said. “But there are still outstanding benchmarks to be met. And the European Union is fully committed to help Turkey achieve those.”

Plans to loosen visa restrictions have run into trouble over Turkey’s refusal to amend its anti-terror laws at a time when it is fighting heightened threats from Kurdish rebels and Daesh (ISIS).

Turkey’s EU affairs Minister Omer Celik, told a media conference that Turkey is committed to the framework of the March 18 agreement.

“What we expect is that our allies and friends do what they promised to do,” he said.

EU President Martin Schulz was also in Ankara Thursday trying to restore dialogue amid the fallout from the failed coup that has fueled diplomatic tensions.

Turkey has complained of a lack of support from the West and denounced the criticism of the scope of its crackdown.