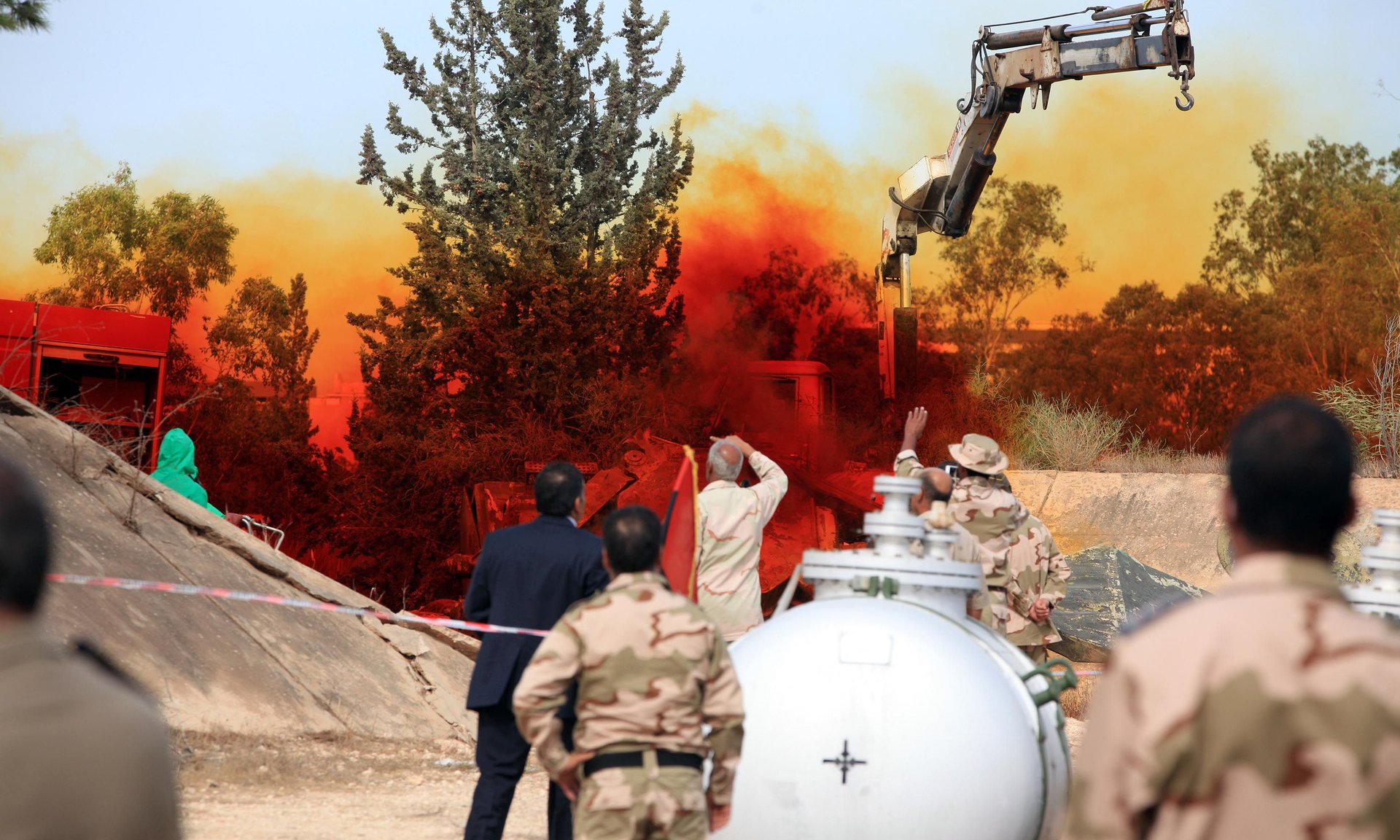 Libya’s remaining stockpile of potential chemical weapons has been successfully transported abroad in an operation aimed at keeping them safe from militants, according to a watchdog.

The Organisation for the Prohibition of Chemical Weapons (OPCW) said the stockpile – hundreds of tonnes of industrial chemicals – had been removed for destruction abroad with the help of several countries.

Libya’s UN-brokered national unity government in July made a formal request for international assistance to have the chemicals removed.

Libya had planned to destroy the chemicals itself but fighting with Islamic State and political instability had raised fears the stockpile would be taken by insurgents. The unity government asked for the help of the OPCW, which won the Nobel Peace prize for ridding Syria of its declared chemical weapons.

“Removal of these chemicals is the first stage of an ongoing operation to verifiably eliminate the remnants of Libya’s now-defunct chemical weapon programme,” said the OPCW chief, Ahmet Uzumcu.

“This OPCW-coordinated international effort has achieved a major milestone in guaranteeing that these chemicals will not fall into the wrong hands.”

Tripoli had already destroyed weapons that were ready for use including armed munitions and the most deadly, or “category 1”, toxins with the help of western countries. But that still left around 850 tonnes of industrial chemicals that could be used to produce weapons.

The Danish government said the chemicals were picked up on Saturday at the Libyan port of Misrata and were on their way out of the Mediterranean Sea towards Germany.

Kristian Jensen, Denmark’s foreign minister, said: “We have now removed the chemical remnants from Libya and have ensured that they will not fall into the wrong hands.”

Britain and Finland assisted with the maritime operation.

Source: The Guardian (With Reuters and the Associated Press)