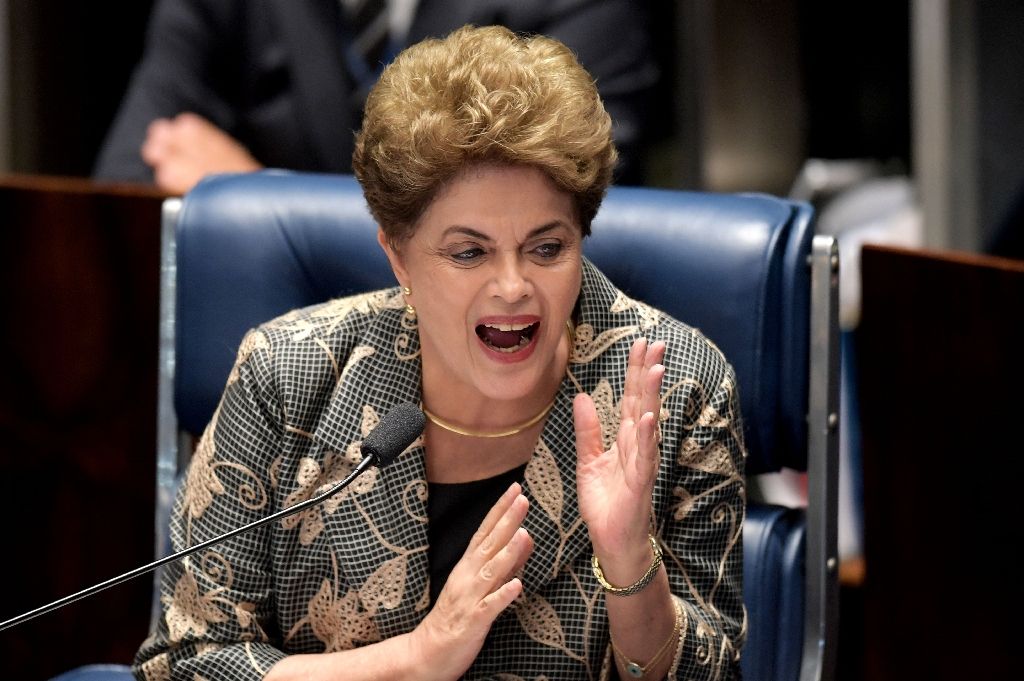 Brazil’s Senate was due to vote Wednesday on whether to strip Dilma Rousseff of the presidency in a traumatic impeachment trial set to end 13 years of leftist rule over Latin America’s biggest country.

Senators loyal to Brazil’s first female president debated into the night Tuesday in a final attempt to halt the apparently unstoppable momentum toward her dismissal.

Despite the impassioned speeches, which followed 14 hours of testimony by 68-year-old Rousseff herself on Monday, her fate was apparently sealed.

Rousseff, from the leftist Workers’ Party, is accused of taking illegal state loans to patch budget holes in 2014, masking the country’s problems as it slid into its deepest recession in decades.

She told the Senate that she is innocent, saying the impeachment trial amounts to a right-wing coup d’etat.

However, huge street demonstrations over the last year have reflected nationwide anger at her management of a country suffering double-digit unemployment and inflation.

Two thirds of the Senate — 54 of 81 senators — must vote in favor of impeachment to convict her.

“The chances of impeachment not passing and the president being made to step down are virtually nil,” political analyst Adriano Codato of Parana University said.

If Rousseff is forced from office, her former vice president turned bitter foe Michel Temer will be immediately sworn in as president until the next scheduled elections in late 2018.

The seventy-five-year-old took over in an interim role after Rousseff’s initial suspension in May and at once named a new government with an agenda of shifting Brazil to the right.

Lawyers presenting closing arguments on Tuesday could not hold back their emotions as the clock wound down on a crisis that has paralyzed Brazilian politics for months, helping deepen national gloom over recession and runaway corruption.

A lead lawyer for the case against Rousseff, Senator Janaina Paschoal, wept as she asked forgiveness for causing the president “suffering,” but insisted it was the right thing to do.

“Impeachment is a constitutional remedy that we need to resort to when the situation gets particularly serious, and that is what has happened,” she said, rejecting Rousseff’s coup claim.

“The Brazilian people must be aware that nothing illegal and illegitimate is being done here.”

Rousseff’s counsel, veteran lawyer Jose Eduardo Cardozo, retorted that the charges were trumped up to punish the president’s support for a huge corruption investigation that has snared many of Brazil’s elite.

“This is a farce,” he said in a speech during which his voice alternated between shouts and near whispers.

“We should ask her forgiveness if she is convicted,” he added. “History will treat her fairly. History will absolve Dilma Rousseff if you convict her.”

Recalling how she was tortured under Brazil’s military dictatorship in the 1970s, Rousseff had urged senators during her testimony on Monday to “vote against impeachment, vote for democracy… Do not accept a coup.”

However, the public reaction to her impeachment trial has been characterized by widespread indifference.

The Workers’ Party under Rousseff and her predecessor Luiz Inacio Lula da Silva is credited with raising around 29 million Brazilians out of poverty.

But many now blame the party and Rousseff in particular for the country’s multiple ills.

Temer, of the center-right PMDB party, has earned plaudits from investors since taking the interim post. However, it remains uncertain whether he will have voters’ support to push through the painful austerity reforms he promises.