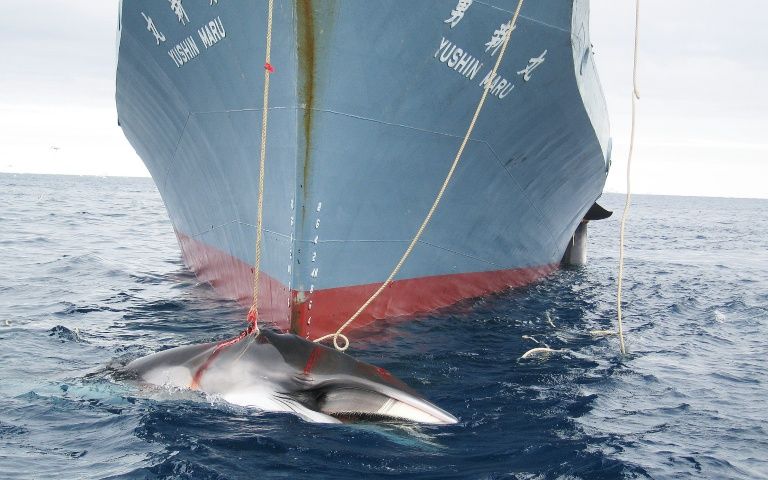 Marine conservationists announced Tuesday they will for the first time be able to outrun the Japanese whaling fleet in the upcoming annual battle to protect the giant mammals in the icy Southern Ocean.

Sea Shepherd Global is adding a fast new vessel to its whale defence campaign in Antarctic waters starting this December.

“Disappointed by the lack of action from the international community, Sea Shepherd Global is preparing to return to the Southern Ocean to protect the whales with a new patrol vessel, the Ocean Warrior,” it said in a statement.

“For the first time we will have the speed to catch and outrun the Japanese harpoon ships, knowing speed can be the deciding factor when saving the lives of whales,” said the group’s chief executive Captain Alex Cornelissen.

Japan claims to conduct vital scientific research using a loophole in an international whaling ban, but makes no secret that the mammals end up on dinner plates.

Tokyo was forced to call off the 2014-15 hunt after the International Court of Justice ruled its annual Antarctic foray was commercial, masquerading as science.

But the hunt resumed in late 2015, with the fleet returning to Japan in March this year after having killed more than 300 whales.

Sea Shepherd vowed to throw everything at the Japanese in a bid to stop the slaughter.

“If we cannot stop whaling in an established whale sanctuary, in breach of both Australian federal and international laws, then what hope do we have for the protection of the world’s oceans?” said Sea Shepherd Australia’s managing director Jeff Hansen.

“We must make a stand and defend whales with everything we’ve got.”

Japan has sought to close down the anti-whaling campaigns in court saying the activists ram their ships, snare propellers with ropes and harass crew with paint and stink bombs.