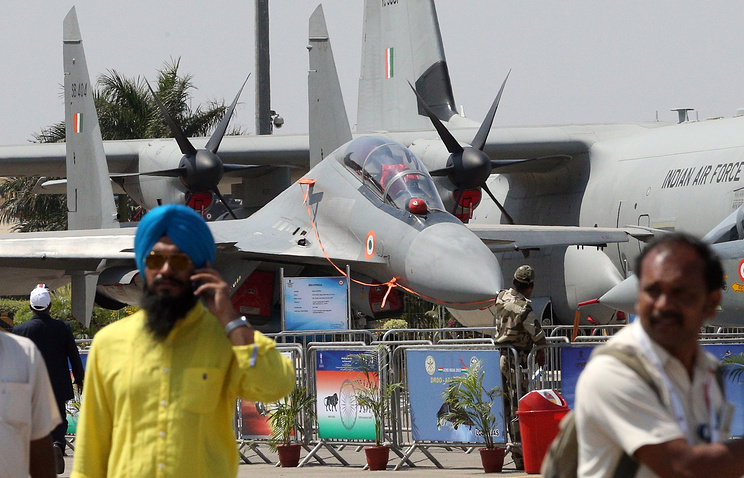 India intends to invest more than 20 billion rupees ($300 million) in the creation with Russia’s assistance of a logistics center of spare parts for Russia’s Sukhoi Su-30MKI fighters at the facilities of India’s state-owned aerospace and defense company Hindustan Aeronautics Limited (HAL), a source in the Indian Defense Ministry told TASS on Tuesday.

“To date, the main problem in the operation of Su-30MKI is a chronic lack of spare parts due to their complex and lengthy delivery, as well as the dispersion of their production capacities,” he said. “The establishment with Russia’s assistance of a logistics center of spare parts for the Su-30MKI fighter at HAL facilities will help solve this problem, and India plans to invest over 20 billion rupees in it.”

The official said that “the idea of ··creating such a center, which was previously put forward by HAL, has been enthusiastically supported by the Russian manufacturer – Sukhoi Holding. The signing of the corresponding intergovernmental agreement may take place in the near future”, likely within the framework of a regular Russian-Indian summit, which will take place in the state of Goa in the south-west of India on October 15, the source said. The Indian side expects the agreement to become a guarantee that the aircraft will be able to perform more sorties, and also reduce the aircraft’s maintenance time.

The source told TASS that “the main objective of the new facility will be the centralized order, delivery and distribution of all spare parts required for maintaining the technical condition of the Russian fighter jets at a high level.” “Previously, the time of delivery from the date of the Indian Air Force’s order placement with Russia to the spare parts’ supply to HAL’s repair shops used to extend to a year, which ensured only a 50-55% combat readiness of the Su-30MKI fighter fleet,” the official said. “With the help of the logistics center, which will accumulate reserves, we hope to reduce the delivery time to 30 days and make operational at least 75% of the fighters.”

The Su-30MKI multifunctional air-superiority fighter that is manufactured at the aviation plant of Irkut Corporation, was originally developed on the order of India on the basis of the Su-30MK fighter (since 1999, more than 200 aircraft have been delivered to the customer, a total of 272 fighters were ordered).

Hindustan Aeronautics Limited (HAL) is India’s leading state-owned aircraft manufacturer. HAL is currently involved in the design, fabrication and assembly of aircraft, jet engines, helicopters and their spare parts. It has several facilities spread across India. The locations where the manufacturing plants are operated by HAL include Nasik, Korwa, Kanpur, Koraput, Lucknow, Bangalore and Hyderabad. The German engineer Kurt Tank designed the HF-24 Marut fighter-bomber, the first fighter aircraft made in India.