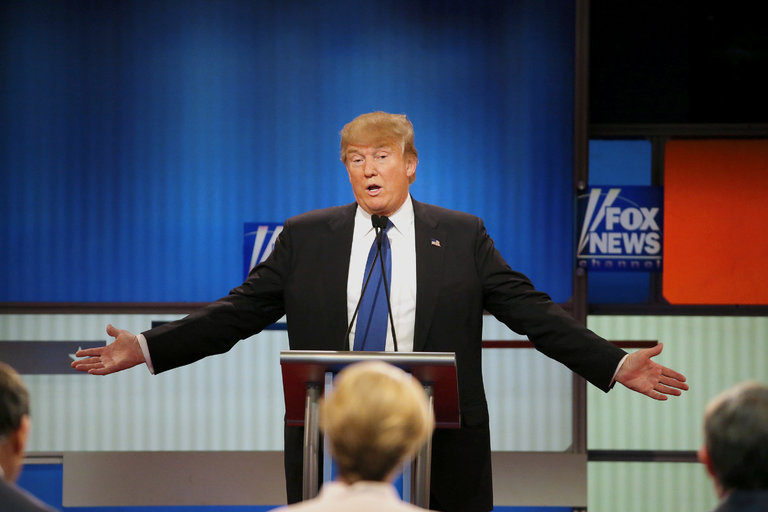 Hillary Clinton’s advisers are talking to Donald J. Trump’s ghostwriter of “The Art of the Deal,” seeking insights about Mr. Trump’s deepest insecurities as they devise strategies to needle and undermine him in four weeks at the first presidential debate, the most anticipated in a generation.

Her team is also getting advice from psychology experts to help create a personality profile of Mr. Trump to gauge how he may respond to attacks and deal with a woman as his sole adversary on the debate stage.

They are undertaking a forensic-style analysis of Mr. Trump’s performances in the Republican primary debates, cataloging strengths and weaknesses as well as trigger points that caused him to lash out in less-than-presidential ways.

As Mrs. Clinton pores over this voluminous research with her debate team, most recently for several hours on Friday, and her aides continue searching for someone who can rattle her as a Trump stand-in during mock debates, Mr. Trump is taking the opposite tack. Though he spent hours with his debate team the last two Sundays, the sessions were more freewheeling than focused, and he can barely conceal his disdain for laborious and theatrical practice sessions.

“I believe you can prep too much for those things,” Mr. Trump said in an interview last week. “It can be dangerous. You can sound scripted or phony — like you’re trying to be someone you’re not.”

Rarely are debate preparations as illuminating about the candidates as a debate itself, but Mrs. Clinton’s and Mr. Trump’s strikingly different approaches to the Sept. 26 face-off are more revealing about their egos and battlefield instincts than most other moments in the campaign.

Mrs. Clinton, a deeply competitive debater, wants to crush Mr. Trump on live television, but not with an avalanche of policy details; she is searching for ways to bait him into making blunders. Mr. Trump, a supremely confident communicator, wants viewers to see him as a truth-telling political outsider and trusts that he can box in Mrs. Clinton on her ethics and honesty.

He has been especially resistant to his advisers’ suggestions that he take part in mock debates with a Clinton stand-in. At their first session devoted to the debate, on Aug. 21 at Mr. Trump’s club in Bedminster, N.J., the conservative radio host Laura Ingraham was on hand to offer counsel and, if Mr. Trump was game, to play Mrs. Clinton, said Trump advisers who spoke on the condition of anonymity because the debate preparations were supposed to be kept private. He declined.

Instead, Mr. Trump asked a battery of questions about debate topics, Mrs. Clinton’s skills and possible moderators, but people close to him said relatively little had been accomplished.

At that gathering, and another in Bedminster on Sunday without Ms. Ingraham, Mr. Trump was joined by Roger Ailes, who was ousted as Fox News chairman last month over accusations of sexual harassment.

Mr. Trump, in the interview, said he saw little use in standing at lecterns and pretending to debate his opponent.

“I know who I am, and it got me here,” Mr. Trump said, boasting of success in his 11 primary debate appearances and in capturing the Republican nomination over veteran politicians and polished debaters. “I don’t want to present a false front. I mean, it’s possible we’ll do a mock debate, but I don’t see a real need.”

Mr. Trump’s certitude — “I know how to handle Hillary,” he said — reflects his belief that the debates will be won or lost not on policy points and mastery of details, which are Mrs. Clinton’s strengths, but on the authenticity, boldness and leadership that the nominees demonstrate onstage. Mr. Trump is certain that he holds advantages here, saying Mrs. Clinton is likely to come across as a typical politician spouting rehearsed lines.

For Mrs. Clinton, who can appear most at peace with a briefing book in her hand, there is no such thing as too much preparation. She met on Friday with key members of her debate team — the longtime Democratic operative Ron Klain, the Washington lawyer Karen Dunn and her senior strategist, Joel Benenson — and delved into the campaign’s extensive data on Mr. Trump and the likely questions and themes at the debate, according to two campaign advisers who requested anonymity to reveal internal campaign dynamics.

In compiling research to help Mrs. Clinton prepare, her advisers have cast a wide net. They contacted Tony Schwartz, the “Art of the Deal” co-author, to give them advice about Mr. Trump this summer — even though Mr. Schwartz’s 18-month immersion in Mr. Trump’s life and homes ended in the mid-1980s. But Clinton advisers said Mr. Schwartz and other writers who had observed Mr. Trump up close, as well as unnamed psychology experts they had spoken to, were critical to understanding how to get under Mr. Trump’s skin.

These Clinton advisers agree with Mr. Trump’s belief that the debate will not be remembered as pitting a policy expert against a Washington outsider. Instead, her campaign is preparing ways for her to unnerve Mr. Trump and provoke him to rant and rave.

The Clinton camp believes that Mr. Trump is most insecure about his intelligence, his net worth and his image as a successful businessman, and those are the areas they are working with Mrs. Clinton to target.

Mr. Schwartz, in an interview, declined to comment about any conversations with the Clinton campaign, but he said Mr. Trump would be vulnerable if Mrs. Clinton proved to be calm, deliberate and relentless in attacking Mr. Trump’s character, volatility and readiness to be commander in chief.

“Trump has severe attention problems and simply cannot take in complex information — he will be unable to practice for these debates,” said Mr. Schwartz, who was the subject of a New Yorker profile last month that portrayed Mr. Trump as a charlatan. “Trump will bring nothing but his bluster to the debates. He’ll use sixth-grade language, he will repeat himself many times, he won’t complete sentences, and he won’t say anything of substance.”

“Even so,” Mr. Schwartz said, “Clinton has to be careful — she could get everything right and still potentially lose the debates if she comes off as too condescending, too much of a know-it-all.”

Mrs. Clinton’s advisers plan to have one person prepare extensively to play Mr. Trump in a series of mock face-offs in the days before the first debate, which will be held at Hofstra University on Long Island.

Mrs. Clinton’s team is also taking a hard look at her vulnerabilities. Even supporters have often questioned the clarity and wisdom of the campaign’s responses to uproars over Mrs. Clinton’s private email server and donations to the Clinton Foundation. There is hope that the debate stage will allow her a chance to at last address such questions with more brevity and less equivocation.

The least comfortable task, though, will most likely be girding for personal attacks from Mr. Trump, who has shown an eagerness to resuscitate Clinton scandals — real and imagined — at virtually every opportunity.

Allies have insisted that Mrs. Clinton will not shy away from preparing for the most painful insults, including a possible focus on her husband’s infidelities.

Mr. Trump said in the interview that he would “rather not” attack Mrs. Clinton on personal grounds, including Bill Clinton’s extramarital affairs.

“If she hits me, though — you have to see what happens,” Mr. Trump said.

It was this unpredictability that often made Mr. Trump an elusive target for fellow Republicans in the primary debates, and some close to Mrs. Clinton expressed concern that any false charges from Mr. Trump could rankle her.

“This is a special challenge for Hillary, who is deeply rooted in the fact-based world,” said Paul Begala, who helped prepare Mr. Clinton for debates in 1992 and 1996. “She is more wonk than pol, so she might be especially frustrated by a steady stream of invective, conspiracy theories and lies.”

Around the Clinton campaign, the question of whom to cast as Mr. Trump has become something of a running parlor game. Mrs. Clinton’s allies have floated several options: Representative Joseph Crowley of New York, who is from Queens, where Mr. Trump grew up; James Carville, Mr. Clinton’s chief strategist in 1992, who has a gift for lacerating banter; or Mark Cuban, another billionaire businessman. All three are viewed as unafraid to say some humiliating things to Mrs. Clinton’s face, as Mr. Trump may.

Mr. Trump’s search so far seems to be less exhaustive: He said his daughter Ivanka could end up playing Mrs. Clinton.