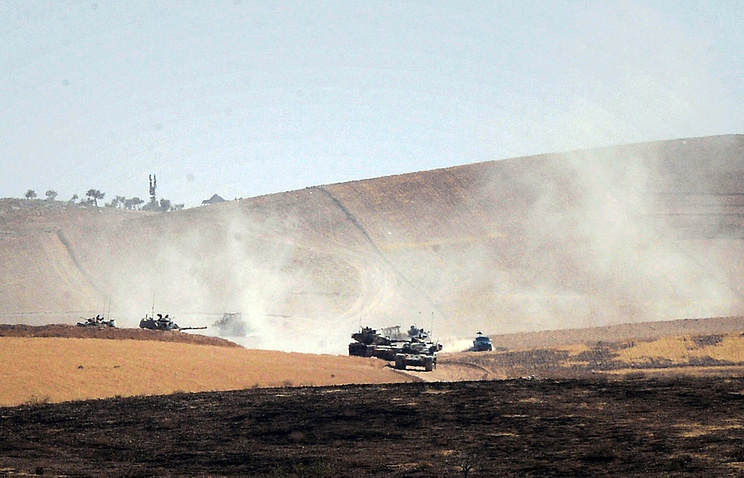 Turkey warned Syria of moving in troops with Russia’s help

Turkey warned the authorities in Damascus with Russia’s help it would move its troops to Northern Syria, Deputy Prime Minister Numan Kurtulmus is quoted by the Turkish television channel NTV as saying.

“The parties concerned had been warned of the operation Euphrates Shield in advance. The same applies to Damascus,” Kurtulmus said. “They received the information through Russia.”

Earlier, Turkey said that it had not contacted the Syrian authorities to directly notify them of the operation.

Ankara declared on August 24 that the Turkish army had begun an operation into the territory of neighboring Syria. Turkish armor and ground troops, including commando units, in cooperation with the allied armed groups of the Syrian opposition crossed the border into Syria. Ankara said the purpose of its military operation is the struggle against the Islamic State terrorist group and Kurdish militias.

Damascus condemned the operation saying it regarded such actions as an outright violation of Syria’s sovereignty.