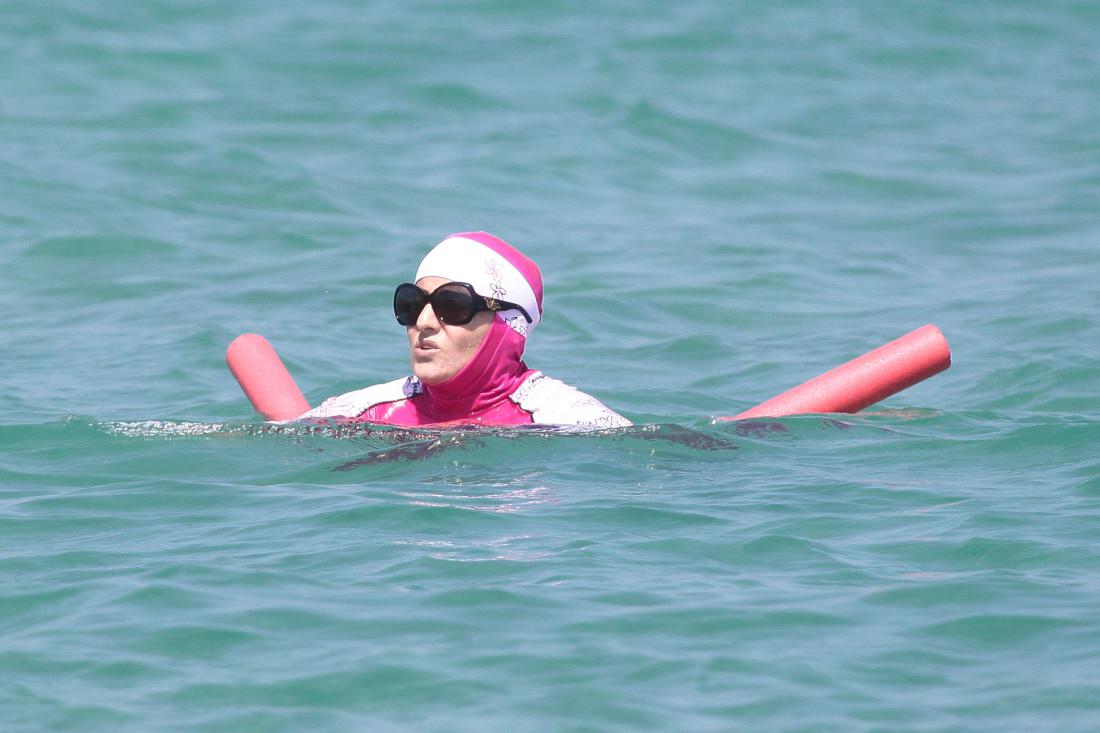 The national identity crisis exposed by France’s burkini controversy threatens to dominate the country’s presidential campaign as rival candidates scramble to position themselves on the hot-button issue.

Along with the sluggish economy, the relationship between France’s Muslims and non-Muslims has been a recurring theme as presidential hopefuls kick off campaigning for the April-May election.

The burkini bans by some French coastal towns drew international condemnation after images circulated online of police appearing to require a Muslim woman to disrobe on a crowded beach.

But the bans on the body-covering swimsuits have attracted considerable support in France, where much of the political right and the country’s Socialist prime minister, Manuel Valls, rallied behind the mayors.

A key ruling by France’s highest administrative court on Friday, which overturned the burkini ban in one southern town, has failed to put an end to the debate.

Some mayors are refusing to rescind their bans, arguing that the head-to-ankle swimwear could disrupt public order after a summer marred by Islamic extremist attacks.

Former president Nicolas Sarkozy, who announced this week he is seeking the conservative nomination, has called for a law banning burkinis “on the entire territory of the Republic” – and others in his camp have followed suit.

His chief rival for the conservative nomination, former prime minister Alain Juppé, struck a more conciliatory tone, saying on Europe-1 radio Sunday that such rhetoric “throws oil on the fire”.

But at a campaign event Saturday in Chatou, west of Paris, Juppé suggested putting limits on how far religious practices can reach into public life, calling for a special accord between the state and Muslim leaders to lay out clear rules for respecting French secularism.

“It is legitimate to ask them to have knowledge of the principles of the organization of the republican state, especially French-style secularism,” he said.

Following the burkini controversy, Anouar Kbibech, the head of the French Council of the Muslim Faith (CFCM), has said he is “concerned over the direction the public debate is taking”.

Critics say the bans are feeding a racist political agenda ahead of next year’s presidential election.

While many on the French left criticize the burkini as oppressing women, they also fear the issue plays into the hands of far-right candidate Marine Le Pen of the National Front and attempts to marginalize France’s large Muslim community.

On Thursday, Education Minister Najat Vallaud-Belkacem said the “proliferation” of burkini bans “was not a welcome development”.

Vallaud-Belkacem took issue with the wording of the ban in Nice which linked the measure to the jihadist truck attack in the resort last month in which 86 people were killed.

“In my opinion, there is nothing to prove that there is a link between the terrorism of Daesh and what a woman wears on a beach,” she said, using an Arabic acronym to refer to the Islamic State (IS) group, which claimed credit for the Nice attacks.

Earlier this week, Hamon urged President François Hollande to rein in his prime minister over his comments in support of the burkini bans.

“When we see that the government explodes on this issue, because the prime minister chose to go too far in following Nicolas Sarkozy, who himself follows Marine Le Pen, I wish the president would end this silence,” Hamon said.

Hollande, who hasn’t announced whether he will seek a second term, has remained cautious in comments on the burkini, urging all parties to refrain from “provocations and stigmatizations”.