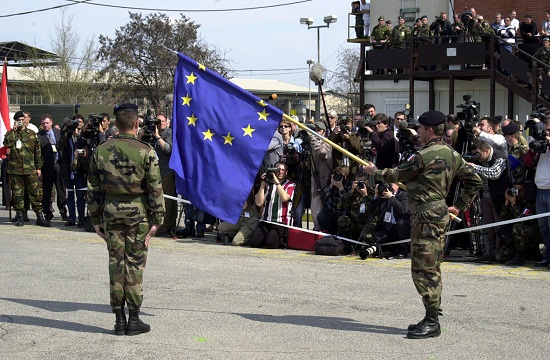 Russia to suggest to EU initiatives for arms control agreements

Russia will forward a number of proposals in response to the statement by German Foreign Minister Frank Walter Steinmeier on the necessity of a new agreement with Russia on armaments control, a senior senator said.

“When one of the leading European politicians shows caution, I believe it makes sense to also react specifically. To think over a set of initiatives that could become a basis for principled agreements in the sphere of security and armaments control,” Konstantin Kosachev, chairman of the Federation Council’s committee on international affairs, told the Izvestia daily.

Kosachev said Steinmeier’s motive is understandable and is conditioned by high threats for Europe.

On Friday, Steinmeier said it is necessary to “restart the system of armaments control” to avoid a new stage of an arms race.