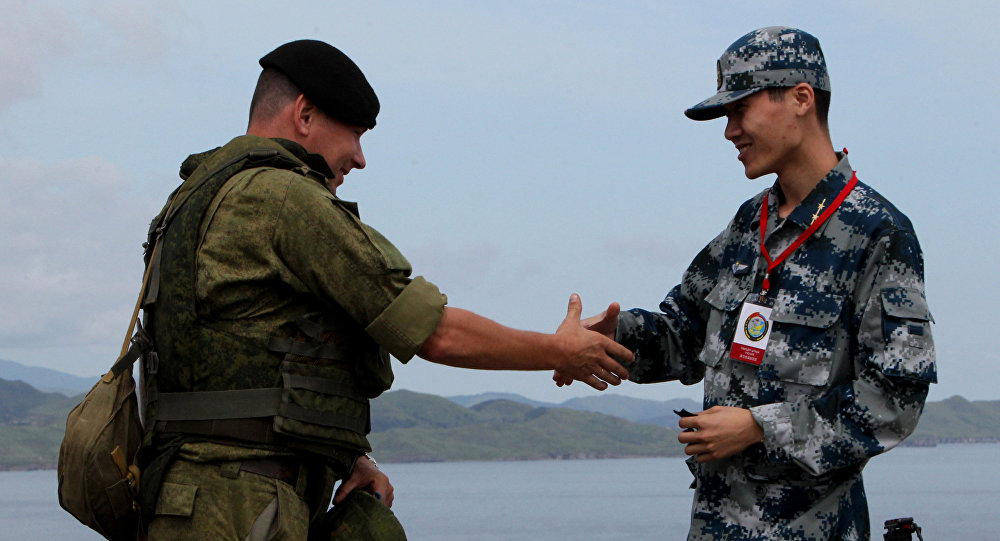 Russia and China: Shifting From Neutrality to More Support in Vital Conflicts

Russia and China are to hold join military drills in the South China Sea, a key source of tension between Beijing and other countries; meanwhile, China has announced that “the time is right” for it to enter the Syrian crisis. The Russian media suggests why the two are shifting their positions from neutrality to more support in these conflicts.

Last week Vladimir Matveyev, a spokesman for the Russian Navy’s Pacific Fleet confirmed that Russia and China have agreed to hold their planned joint drills in the South China Sea on September 12-19. The exercises would focus on organized efforts to protect merchant ships in the South China Sea. There will also be landings on islands, the spokesman added. In July, Chinese Defense Ministry spokesman Yang Yujun said the drills were “not directed against third countries.”

However, some Chinese analysts have interpreted Russia’s willingness to take part in the exercises as an endorsement of Chinese claims in South China Sea maritime territorial disputes. On August 18, Chinese English-language newspaper The Global Times reported that “the time is right for the Chinese military to contribute more to ending the Syrian crisis”, following reports that a Chinese military delegation had visited Damascus to talk about military cooperation and humanitarian aid.

Chinese Ministry of National Defense then said that China has played an active role in seeking a political solution to the Syrian crisis and supporting Syria’s independence and autonomy, and the Chinese military is willing to strengthen cooperation with its Syrian counterparts. Guan also met with a Russian general heading its Syrian reconciliation center in Damascus on “issues of common interests,” the ministry said, without elaborating.

The above prompted various media suggestions why the two countries are shifting their positions from neutrality to more support in these conflicts. Russian online news service Regnum suggested that for Beijing it was the need to demonstrate that there is no “worldwide denunciation” of its position in the South China Sea territorial dispute. And that the great powers are not unanimous in their support of the US, Philippines, Vietnam, Brunei and other China’s opponents in this conflict.

“The US has successfully tested its technique of shaping a “powerful and fearful rogue state” out of Russia in the mass media two years ago. And China is now concerned that Washington will want to apply this scenario towards it,” says its analytical piece on the issue. That is why, it further suggests, Beijing now needs certain landmark gestures from Moscow which would demonstrate that Russia has changed its neutral position to the one close to Chinese.

Diplomatic rhetoric is not enough here, it says, but joint military maneuvers in disputed waters — is the best gesture for all the observers. The author further suggests that in return, “China should have offered a very serious prize to Russia.”

And “such a prize” might be the readiness of the Chinese People’s Liberation Army to straightforwardly and demonstratively join the Russian-Syrian-Iranian coalition in Syria. This is what Moscow urgently needs right now, it says, due to some political reasons.

“There is shifting from neutrality in exchange for the shifting from neutrality,” the author notes. “Joining the conflicts on the “right” side ensures the cracking of isolation: Russia’s isolation in the Syrian conflict and China’s isolation in the South China Sea conflict,” the article says. It further adds that such a “construction” keeps within traditions of the Eastern politics – both Middle Eastern and Far Eastern.