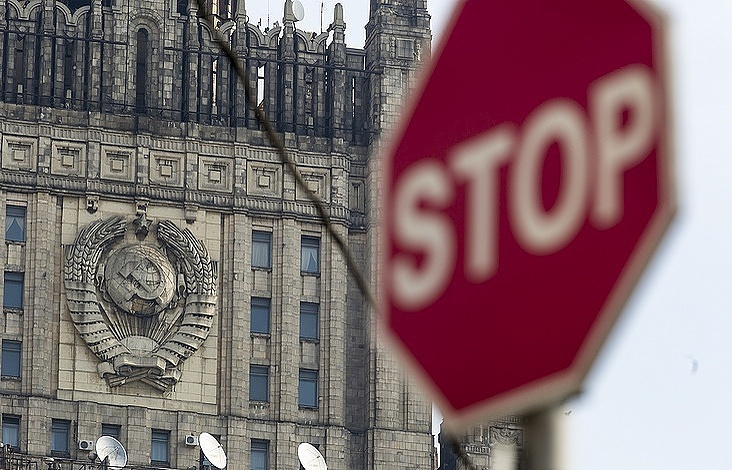 The Russian Foreign Ministry has suggested that the United States should do away with its own arms control flaws, and not make a fuss over Russia’s actions.

The ministry has also stressed that US claims against Russia over the inspection of combat readiness of the Armed Forces are groundless and unsubstantiated.

“We’ve given attention the statements by the Pentagon spokesperson Michelle Baldanza, which she made in connection with a snap inspection combat readiness of the Armed Forces,” it said. “In line with a tradition Washington has formed, these claim contain many groundless and unsubstantiated proposals.”

“Our foreign partners were fully informed about the inspections conducted by the Defense Ministry and received all the essential explanations,” the commentary said.

Moscow full observes its international obligations in the sphere of armaments control, including the Vienna Document, the ministry said.

“In addition to it, attempts continue to ascribe fantastic, non-existent intentions to us as regards Ukraine,” the commentary went on. “At the same time, the U.S. efforts to pass off the snap inspections in the Russian Armed Forces as a problem go hand-in-glove with the increasingly alarming behavior of the Kiev government.”

“We believe that it would make sense for the US to focus on working with its clients on the implementation of the Minsk accords instead of this (accusations of Russia for posing a problem – TASS),” the ministry said.

“Charges against Russia look totally out of place against the background of the US own rather flawed record in the field of arms control,” it indicated.

“We have more than once called attention of the American side to the numerous cases of frivolous treatment of its duties under agreements (including an April 15 commentary by the Department of State’s report on compliance with agreements and obligations in the sphere of arms control, nonproliferation and disarmament),” the document said.

“All our concerns remain in place and we hope that the US will get down to rectifying its own flaws instead of making noise instead of the actions undertaken by Russia, which observes – and we would like to stress it once again – all of its pledges persistently,” the ministry said.

A sweeping snap inspection in the Russian Armed Forces takes began on August 25 and will continue through to August 31. It embraces all the forcers of the Southern Military District, separate units of the Central and Western Military Districts, as well as the North Fleet, the Aerospace Force and the Airborne Troops.

The inspection is part and parcel of preparations for the Caucasus’2016 strategic exercise scheduled for September.