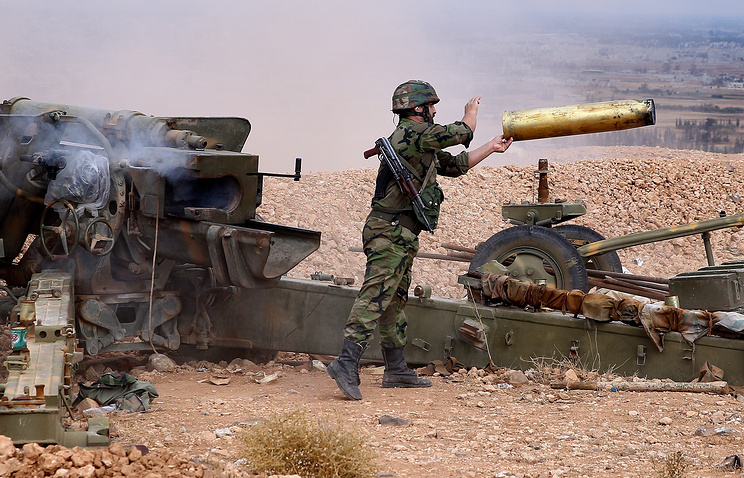 Counterterrorism actions in the area of the Syrian-Turkish border are important as never before, but cooperation with Damascus is needed for their effectiveness, a Russian Foreign Ministry source told TASS on Wednesday.

“Counterterrorism actions in Syria are important now as never before, the more so in the area of the Syrian-Turkish border, the source said. “Cooperation with Damascus is an important factor for their effectiveness.”

Turkish armor crossed the border with Syria on Wednesday morning after its artillery and aviation delivered strikes on the Jarablus border town. Ankara has announced that the operation is conducted for liquidating footholds of the Islamic State (IS) organization’s terrorists in the border areas. The Turkish troops support the armed groups of the so-called moderate Syrian opposition that are on the offensive against the IS strongholds.
The Syrian Foreign Ministry has denounced the Turkish troops’ incursion into Syria. The ministry said in a statement, quoted by the SANA news agency on Wednesday that “any move to combat terrorism on Syrian territories should have been coordinated with the Syrian government and army.” The statement also calls for an immediate end to the Turkish “aggression,” which it says is being carried out under the pretext of fighting terrorism. “Fighting terrorism cannot be undertaken by ousting Daesh and replacing it with other terrorist organizations directly backed by Turkey,” the ministry says. Daesh is the Arabic language acronym for IS. The statement added that Turkish tanks and armored personnel carriers crossed into Syria earlier in the morning, under the cover of US-led coalition airstrikes.