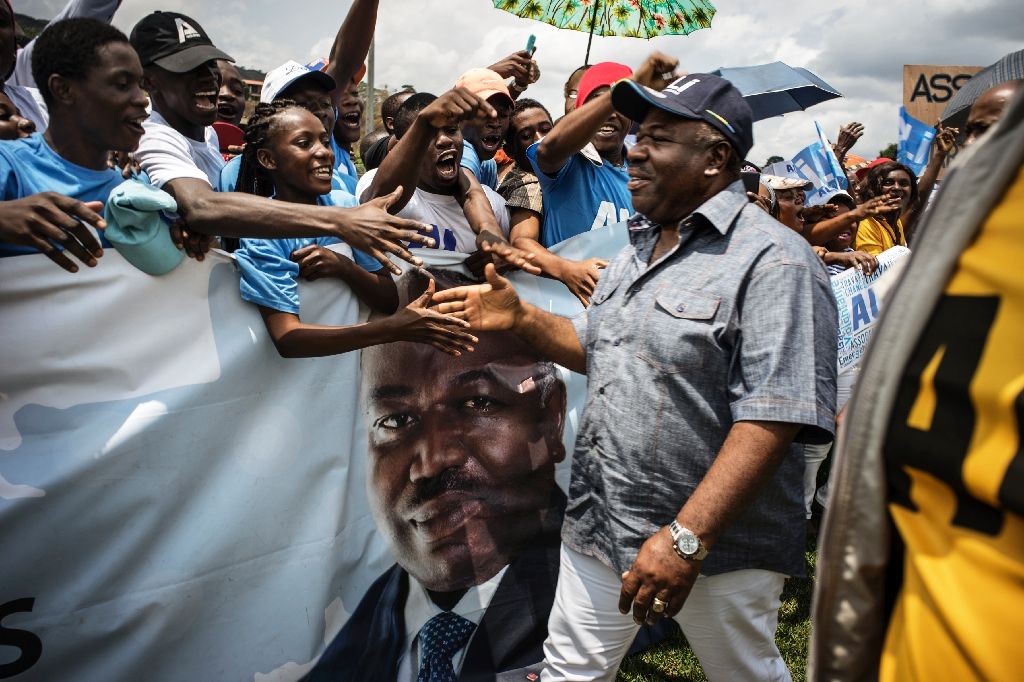 The increasingly disgruntled people of Gabon go to the polls Saturday in a presidential election in which a last-minute opposition pact has robbed incumbent Ali Bongo of a clear run at a second term.

Bongo, 57, has long sought to emerge from the shadow of his father, Omar Bongo, who ruled the country of 1.8 million people for 41 years until he died in 2009.

It was only last week that protracted negotiations finally led the last of other prominent opposition hopefuls to give way to Ping.

Until then, their presidential ambitions would most likely have mathematically ensured Bongo won another seven years in office.

Nine other runners have a negligible chance of winning the election, which will be decided by a simple majority after a single round of voting.

Fears that the results will deliver unrest are fuelled by memories of the violence that followed Bongo’s 2009 victory against Andre Mba Obame.

Several people were killed, buildings looted, a ceasefire imposed and the French consulate in the economic capital Port-Gentil torched.

There has been growing popular discontent and numerous public sector strikes in recent months.

The country’s economic woes are closely tied to the fall in the global price of oil, the mainstay of Gabon’s perilously undiversified economy.

Thousands of oil workers have lost their jobs, according to the sector’s main union, ONEP.

“If these people and their families express their frustration at the ballot box, well, that could end badly for the government’s candidate,” said ONEP’s deputy head, Sylvain Mayabi-Binet.

“There are enough frustrated people for the slightest spark to send people into the streets,” he added.

Bongo, 57, has campaigned under the slogan “Let’s change together,” playing up the roads and hospitals built during his first term and stressing the need to break with the bad old days of disappearing public funds and dodgy management of oil revenues.

The campaign period has been marked by months of bitter exchanges between the two camps, including accusations, and strenuous denials, that Bongo was born in Nigeria and therefore ineligible to run.

Ping’s own roots — he is Sino-Gabonese — served as ammunition for Bongo’s camp, which has suggested he and his son are secretly serving Chinese interests.

The two rivals go back a long way, having worked for years together under Bongo senior, who was responsible for getting Ping his job as chairman of the African Union Commission.

Ping also has close family ties to the Bongo dynasty: he is the father of two children by Ali’s sister.