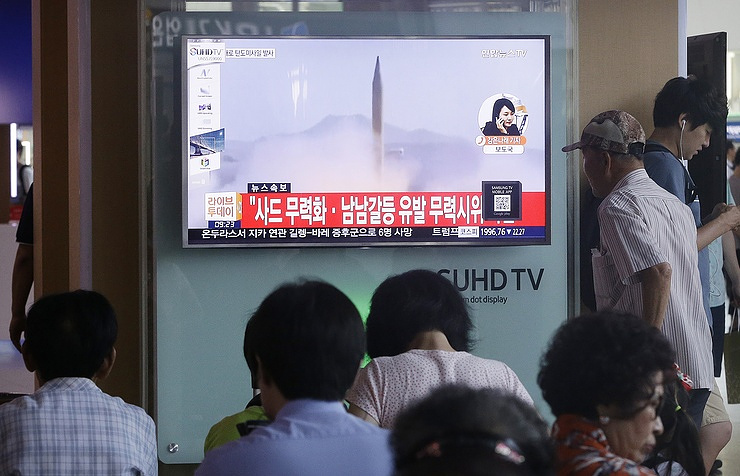 Japanese Prime Minister Shinzo Abe convened today the country’s National Security Council for an extraordinary session in the wake of the North Korean test-launch of a ballistic missile from a submarine, according to the Japanese government.

The Japanese National Security Council last gathered for an extraordinary session on August 3. The council convened at that time also following the test launch of a North Korean ballistic missile.

Yonhap news agency reported earlier in the day that North Korea had test fired a submarine-launched ballistic missile in the East China Sea.

The news agency cited the South Korea’s Joint Chiefs of Staff (JCS) as saying that the submarine-launched ballistic missile (SLBM) was test fired at 5:30 a.m. local time from waters near the city of Sinpo.

According to Yonhap, the missile covered a distance of about 500 kilometers (311 miles) and “fell in Japan’s air defense identification zone.”

The launch of the ballistic missile comes two days after South Korea and the United States began their annual large-scale military drills in the region involving some 75,000 troops.

North Korea slammed the joint drills of its south neighbor with the United States as hostile saying they posed threat to security on the Korean Peninsula.