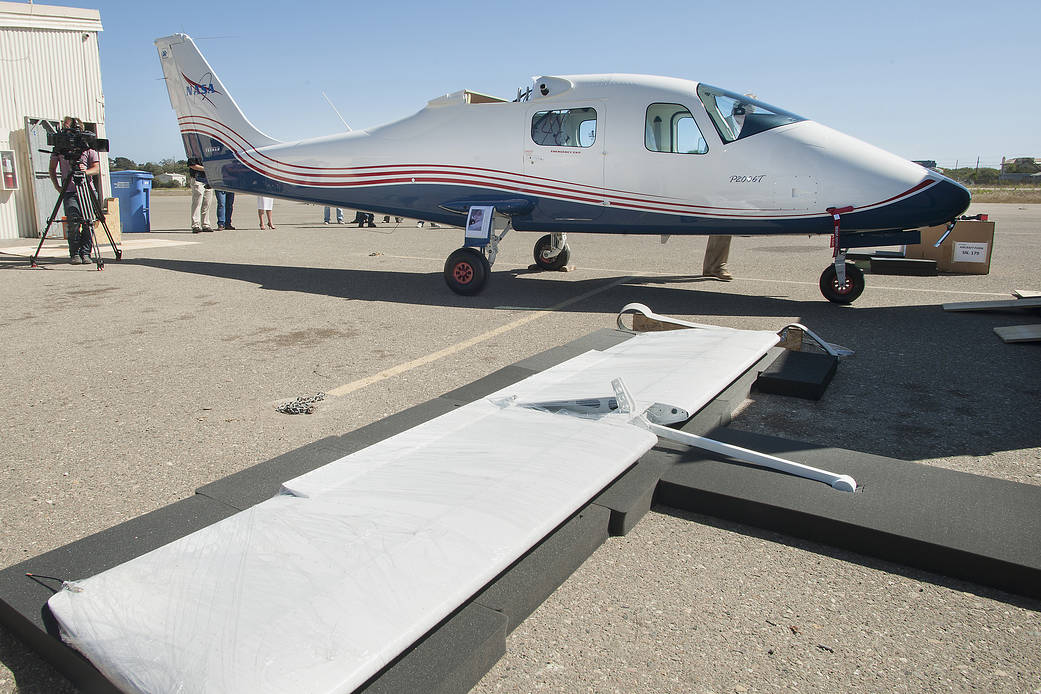 As NASA celebrates National Aviation Day, the agency’s aeronautical innovators are working to transform air transportation to meet the future needs of the global aviation community. They are modifying existing designs and taking advantage of new technology to make aviation greener, by reducing fuel use and emissions and lowering noise levels. The nation’s aeronautical research agency also is embarking on a 10-year plan called New Aviation Horizons that will see NASA field a number of experimental aircraft – X-planes – in order to demonstrate 21st century ideas for flight.

At this July 19, 2016, event marking a large step for the New Aviation Horizons initiative, NASA engineers and visionaries from NASA’s Armstrong Flight Research Center and Langley Research Center watched as the Tecnam P2006T fuselage for the future all-electric X-57 Maxwell aircraft was uncrated and slowly rolled out. The fuselage will be integrated with an experimental, high-aspect ratio wing being designed at NASA Langley.

NASA’s aeronautical innovators hope to validate the idea that distributing electric power across a number of motors integrated with an aircraft in this way will result in a five-time reduction in the energy required for a private plane to cruise at 175 mph. Several other benefits would result as well. “Maxwell” will be powered only by batteries, eliminating carbon emissions and demonstrating how demand would shrink for lead-based aviation fuel still in use by general aviation.