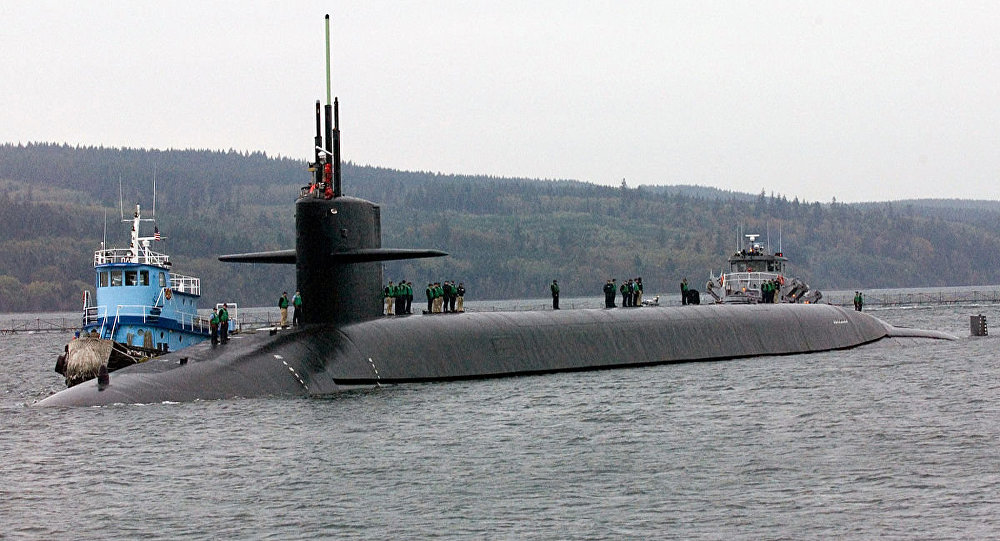 US Nuclear Submarine Collides With Vessel Near Washington Coast

The US nuclear-powered submarine USS Louisiana has hit a local support vessel in the Strait of Juan de Fuca near the US state of Washington, the US Pacific Fleet said in a statement.

According to the US navy, no personnel was injured in the incident which is currently being looked into by authorities.

“The ballistic-missile submarine USS Louisiana (SSBN 743) and a U.S. Navy Offshore Support Vessel collided while conducting routine operations in the Strait of Juan de Fuca off the coast of Washington state on August 18, 2016,” the statement published Friday local time reads.

Both ships returned to ports in Washington under their own power, the Pacific Fleet added.