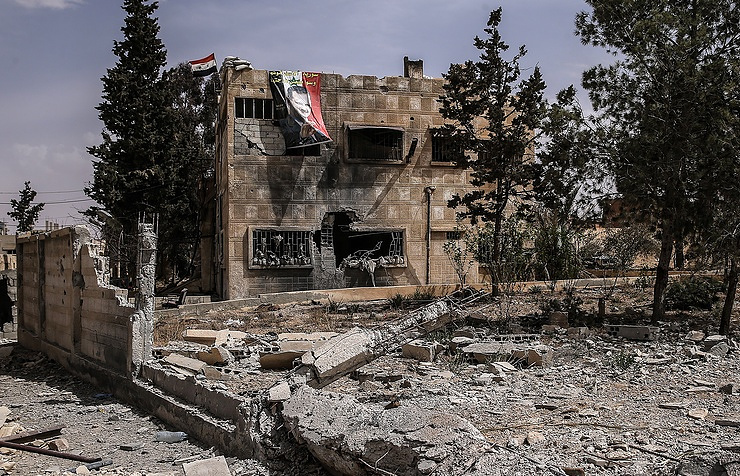 The cessation of hostilities regime has been observed in most Syrian provinces over the past 24 hours, eight violations have been registered in Damascus and Latakia provinces, the Russian Center for reconciliation of the warring parties has in a news bulletin posted on the Russian Defense Ministry’s website on Friday.

Units of Jaysh al-Islam identifying itself as an opposition group shelled with mortars the populated localities of Jisrein, Nashabia, Arbil, Duma, Jobar and Haush-Duara in Damascus province.

In the city of Aleppo units of the Jabhat Al-Nusra and Islamic State terrorist groups (banned in Russia) shelled with self-made multiple rocket launchers and mortars the Hai al-Ansari neighborhood, the areas close to the cement and gas plants, waste treatment facilities, the Castello shopping center and the humanitarian corridors near the el-Halek neighborhood.