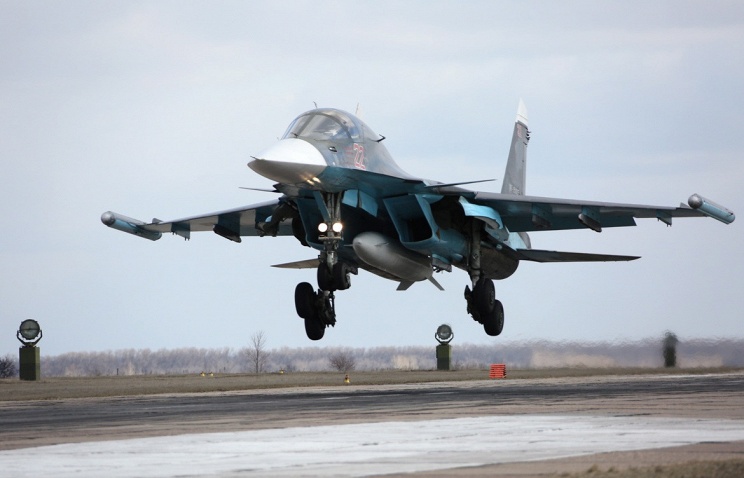 “On August 18, 2016 long-range bombers Tupolev-22M3 and frontline bombers Sukhoi-34 took off from bases in Russia and Iran to deal a massive strike against the facilities of the Islamic State group (outlawed in Russia) in Syria’s Deir ez-Zor province,” the Defense Ministry said in a news release.

“Six command centers were hit and a large amount of artillery positions, armored vehicles and manpower was destroyed,” the Defense Ministry said.

Sukhoi-30SM and Sukhoi-35S based at Hmeymim, in Syria, provided protection.

“All Russian planes coped with their tasks and returned to base,” the Defense Ministry said.

On Tuesday, Russian planes for the first time used the Iranian airdrome Hamadan to bomb terrorists in Syria. Long-range Tupolev-22M3 bombers and Sukhoi-34 fighter-bombers raided facilities of the Islamic State and Jabhat al-Nusra (both outlawed in Russia) in Syria’s provinces Aleppo, Deiz ez-Zor and Idlib. On Wednesday, August 17 Sukhoi-34 bombers again used the airdrome in Iran to bomb IS positions in Deir ez-Zor province.