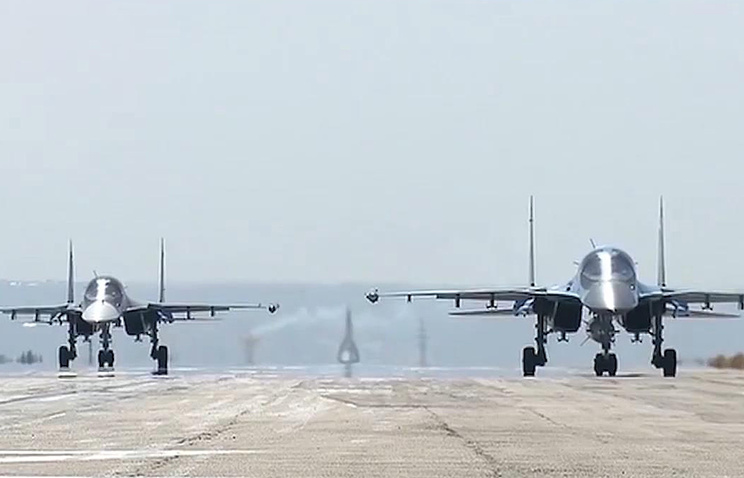 Iran’s permission to Russian planes involved in the operation against the Islamic State terrorists in Syria to make stopovers at its Hamadan airbase is considerably changing the lineup of forces in the Middle East, analysts have told TASS.

On Tuesday, Russian military aircraft used Hamadan for the first time to attack terrorists in Syria. Long-range bombers Tupolev-22M3 and Sukhoi-34 fighter-bombers hit facilities of the Islamic State and Jabhat al-Nusra (both outlawed in Russia) in Syria’s provinces Aleppo, Deir ez-Zor and Idlib. On Wednesday, Russia’s Sukhoi-34 bombers took off from the airdrome in Iran to hit Islamic State targets in Deir ez-Zor Province.

The head of the Iranian parliament’s national security and foreign policy committee, Alaeddin Boroujerdi, said on Wednesday Russia was using the airbase in Iran only for refueling its bombers.

The president of the Academy of Geopolitical Problems, Colonel-General Leonid Ivashov, retired, believes that the availability of Hamadan to Russia’s planes consolidates a four-nation coalition of Russia, Syria, Iraq and Iran.

“The achieved agreement is taking Moscow-Tehran relations to a level of strategic partnership. Russia and Iran are the most active and real participants in the struggle against the Islamic State,” Ivashov said.

The President of the Middle East Institute, Yevgeny Satanovsky, recalls that the contours of a four-nation coalition emerged like a theoretical possibility a year ago, when Baghdad hosted the information and coordination center of the countries involved in the struggle against the Islamic State. “The Moscow-Tehran agreement letting our Aerospace Force use the Hamadan airdrome adds muscle to the coalition.”

Both experts pointed to the role of ground forces in the struggle against terrorists. Ivashov said Iran’s Revolutionary Guards were fighting against terrorists in Syria in several areas, including the area of Aleppo. Satanovsky stressed the Iranian military’s significant role in ground operations.

The US Department of State responded to Russia’s first air raid from an Iranian airdrome later in the day. Its deputy spokesman Mark Toner told the media on Tuesday that US Secretary of State John Kerry had expressed concern over Russia’s use of the base in Iran in a conversation with Russian Foreign Minister Sergey Lavrov. Toner said the development was “unfortunate but not surprising.”

Satanovsky remarks that Tehran’s consent to let another country use its airdrome is unprecedented and this explains the US response. “Russia has achieved something unachievable for any other country. This development is really stunning,” Satanovsky said.

“The presence of the Russian aerospace force in Iran is a factor for regional stability. Who will now dare threaten Tehran with bombardments?” Satanovsky asked.

Analysts believe that US worries Russia’s presence at the Iranian airdrome might violate the UN Security Council’s resolution on Iran are groundless.

“The sanctions against Iran have now been lifted and Russia has the right to conclude agreements with Tehran on both using Iranian airspace and the Hamadan base and on providing military hardware. The United States should take a look at itself – US aircraft carriers and military bases are present everywhere,” Ivashov said.

“If the US Department of State is to be believed, Russia violates the UN Security Council’s resolution and the whole logic of US foreign policy by virtue of its existence,” Satanovsky said.