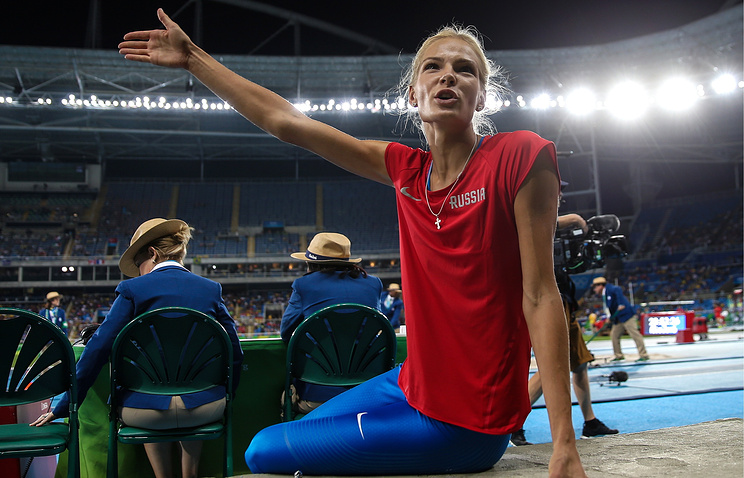 Russian long jumper Daria Klishina plans to continue training in the US after the Olympics in Rio de Janeiro.

Talking to a TASS correspondent she said:

“Yes, of course, I will continue training in the US. As for my plans for the near future – I have several competitions ahead. I plan to participate in qualifications of Diamond League and after that I will rest. I will resume training in late October,” Klishina said.

She added that after the Games in Rio she would visit Moscow.

“It is necessary for getting my Schengen visa,” she said.

“I am trying to stay positive. That was a bad experience but still it is an experience, which is now in my pocket. I am still young so I count on performing at the Olympics in Tokyo in 2020,” Klishina said when commenting her performance in Rio.

At the finals in Rio long jumper Daria Klichina took only the 9th place. Her best jump was 6.63 meters.

Before the competition Klishina had problems with her permission to perform at the Olympics in Rio.

Earlier this month it was reported that she was banned from competing at the Games.

Klishina appealed against the decision of the International Association of Athletics Federations (IAAF) to ban her from participating in the competition.

On August 15, the Court of Arbitration for Sport (CAS) upheld her appeal and allowed her to participate in the Games.

Daria Klishina was the only Russian track and field athlete at the Olympics in Rio de Janeiro.

Last month, IAAF’s anti-doping department rejected personal applications from all Russian track and field athletes to participate in international competitions, including the Olympic Games in Rio de Janeiro, except Klishina, who lives and trains in the US.