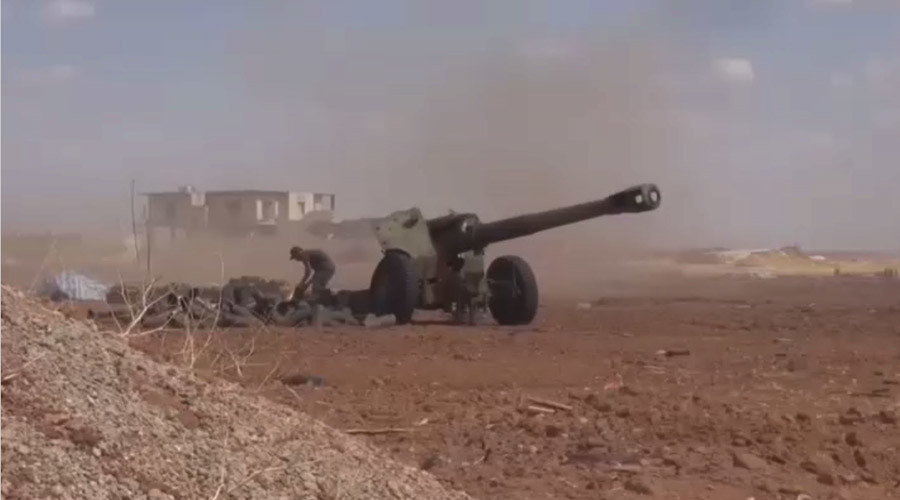 The Syrian Army along with Hezbollah troops launched a counter-offensive in the south of Aleppo on Thursday in an attempt to recapture districts under the control of the Jaysh Al-Fateh (Army of Conquest) terrorist group.
Syrian forces could be seen launching shells at the city’s Al-Ramouseh district as they attacked a cement factory, as well as an apartment block being used by the terrorists.
The counter-offensive on the ground was carried out in tandem with Russian airstrikes, which are also targeting the Jaysh Al-Fateh group.

Russian and Syrian authorities set up a number of special humanitarian corridors in the city on July 30 in an effort to move civilians farther away from intensified fighting in besieged areas of Aleppo.