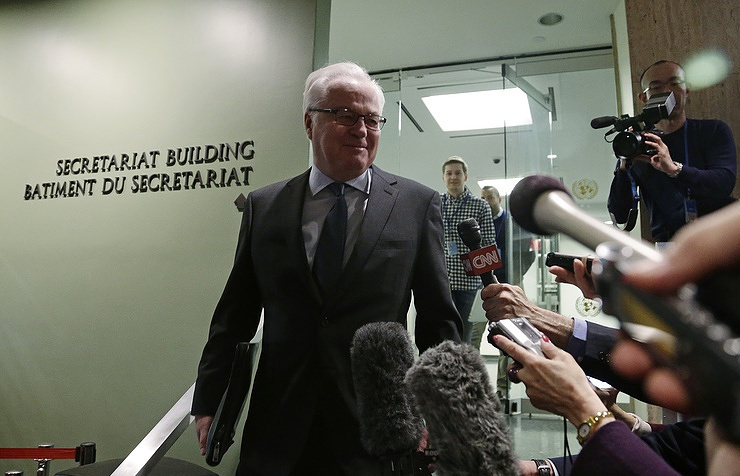 The Russian Ambassador to the UN, Vitaly Churkin says he considers the meeting of the UN Security Council’s meeting on Crimea useful for Russia.

“Many Security Council members called for full implementation of the Minsk agreements. “This is in line with our stance,” the diplomat said. Churkin noted that the U.S. delegation had tried to present a one-sided picture of what is going on in Ukraine.

“As for the rest, I think that it was useful for us. We provided the information on the incident,” Churkin concluded.

The diplomat has also stressed that the issue of Crimea’s status was fully decided at the 2014 referendum, upon the results of which the peninsular region reunited with Russia, and it would not be raised again.

“The issue will never be taken up again,” he said. “Crimea reunited with Russia two years ago after a referendum that was held there. As many as 93% of the residents there expressed their will to reunite with the Russian Federation and this was exactly that happened.”.

Churkin earlier said he was puzzled by Kiev’s decision to focus the attention of the UN Security Council on the situation in Crimea as Moscow sees actions of Ukrainian infiltrators in Crimea as a clear instance of sabotage and terrorism.

“This was a clear act of sabotage and terrorism and I’m astonished that they raised the issue at the UN Security Council,” Churkin said on Thursday before the beginning of a meeting of the Security Council on Crimea.