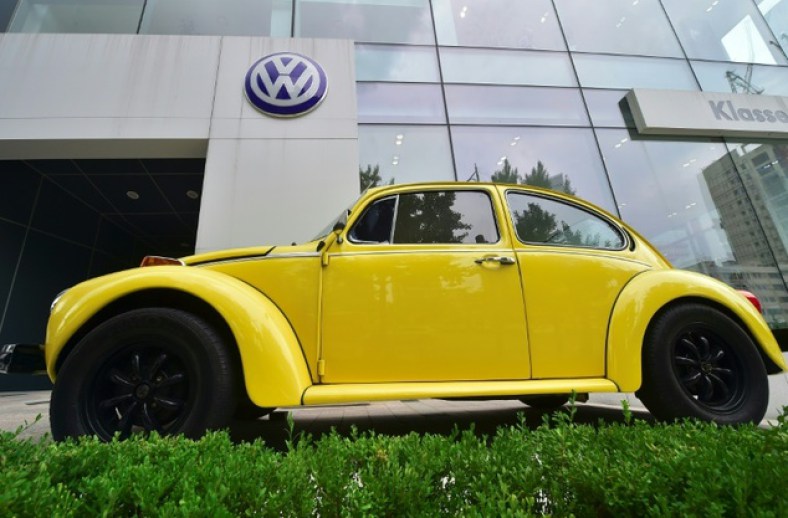 The head of Volkswagen’s South Korean unit apologised Thursday as he presented himself to state prosecutors for questioning over the German carmaker’s emissions fraud scandal. Johannes Thammer, CEO of Volkswagen Korea, was summoned by the Seoul Central District Prosecutors’ Office a week after South Korea banned the sale of 80 Volkswagen AG models.

“First of all, I want to say that I am sorry for the situation and we will do everything, faithfully, to cooperate with the prosecutor,” Thammer was quoted as saying by the Yonhap news agency as he arrived at the office.

Thammer, who has been in his current post since December 2012, is expected to be questioned over allegations that Volkswagen Korea fabricated test results on engine noise levels, fuel efficiency and emissions. The world’s second-largest automaker faces legal action in several countries, after it admitted in September last year to faking US emissions tests on some of its diesel-engined vehicles

. Last week the environment ministry said it was revoking the certification for 80 Volkswagen models, or a total of around 83,000 vehicles, largely because of forged documentation. It also slapped the company with a $16 million fine. In November last year, Seoul had ordered the company to recall more than 125,000 diesel-powered cars sold in South Korea and imposed a fine of $12.3 million.

Sales of Volkswagen in South Korea plunged 33 percent to 12,463 vehicles in the first half of this year from a year earlier. The German carmaker sold around 69,000 cars here in 2015. Foreign carmakers, especially German brands like Volkswagen, have steadily expanded their presence in the South’s auto market long dominated by the local giant Hyundai and its affiliate Kia.