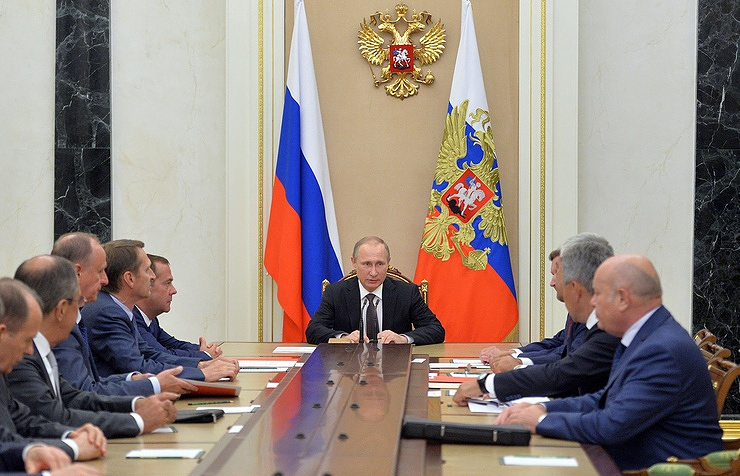 Russian President Vladimir Putin has discussed with the Security Council members additional measures of ensuring security of citizens and infrastructure facilities in Crimea amid the terrorist attack foiled by Russia’s special forces on the peninsula.

“The head of state held an urgent meeting with the members of the Security Council to discuss additional measures of ensuring security of citizens and critical infrastructure facilities of Crimea amid the terrorist attack prevented by Russia’s special forces on the peninsula,” the Kremlin press service said.

“The sides considered in detail the scenarios of measures of anti-terrorist security on the land border, in the water area and in the airspace of Crimea,” it said.

The discussion also focused on the agreements reached at the international meetings of the Russian president with the leaders of Azerbaijan, Iran, Turkey and Armenia. The participants also discussed the current Russian social and economic issues.

Russia’s Federal Security Service (FSB) said on Wednesday it has foiled terrorist attacks in Crimea plotted by Ukraine’s Defense Ministry’s main intelligence directorate. One FSB officer was killed during the operation to detain the terrorists. Later a serviceman of Russia’s Defense Ministry was killed as the saboteurs made a second attempt of intrusion. The terrorist attacks were designed to target critical infrastructure and life support facilities of Crimea.