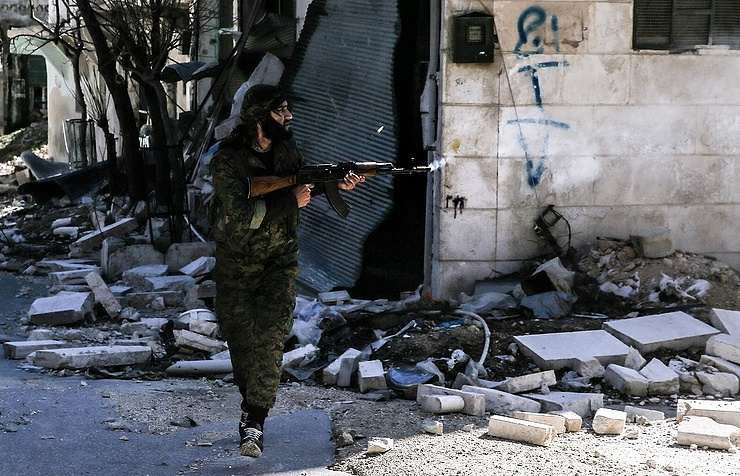 Russia and the United States are discussing possible organization of humanitarian deliveries to Syria’s Aleppo on a permanent basis using the Castello highway that was blocked following escalation of the situation around that city, Russian Permanent Representative to the United Nations Vitaly Churkin said on Tuesday.

“There is Russia’s humanitarian initiative [on the establishment of humanitarian corridors – TASS] and we are discussing with the United States details of this initiative, including possible use of the Castello road to organize humanitarian deliveries on a permanent basis,” he said after a closed-door meeting of the United Nations Security Council.

He said Russia is ready to support the United Nations’ call to impose obligatory weekly 48-hour humanitarian pauses to offer assistance to Syria’s citizens. However, in his words, certain problems surfaced during the discussion of this issue. “Two weeks ago our British partners initiated a press statement on 48-humanitarian humanitarian truce. We said definitely that we support this initiative but would like to supplement it with a reservation that it is not applicable to terrorists,” the Russian diplomat said, adding that the ceasefire regime that was imposed in Syria earlier this year does not cover terrorists.

The Russian diplomat noted that the initiative on humanitarian pauses has been raised during discussions conducted by the Russian and U.S. military. “After all, our two countries declared cessation of hostilities, so it is up to them to decide how to settle practical issues on the ground,” Churkin added.