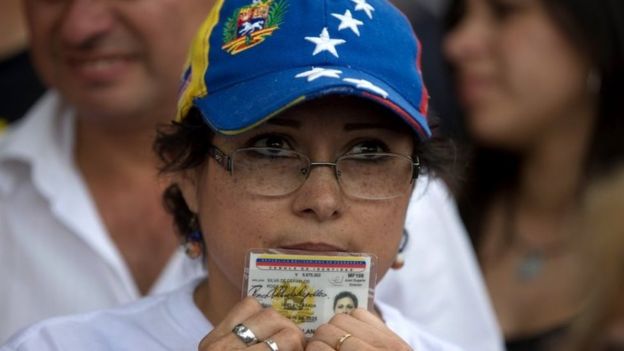 Venezuelan officials have set out the timetable for a recall referendum on whether President Nicolas Maduro should remain in power.

The Venezuelan opposition reacted angrily when they heard they would only be allowed to collect more petition signatures in late October.

Opposition leader Henrique Capriles said an opposition march would go ahead in September. A referendum defeat for Mr Maduro this year would trigger a presidential poll.

But a recall vote next year would see Mr Maduro replaced by his vice-president, meaning the Socialist party would remain in power.