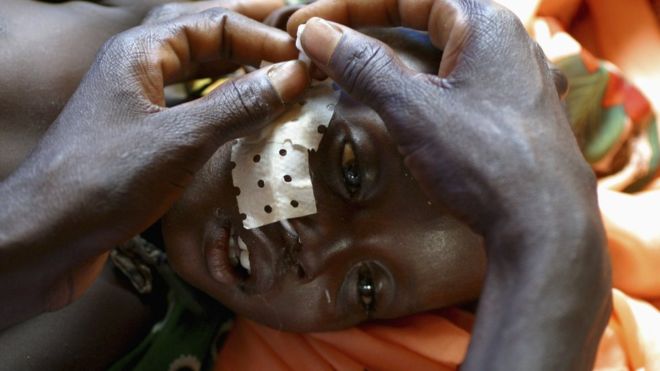 One drug is ‘new hope’ for three killer infections

It has been described as a “new hope” for tackling the parasitic infections which affect millions of people in the poorest parts of the world.

The discovery, reported in the journal Nature, was made by testing three million compounds.

The three diseases are all caused by similar parasites, leading scientists to believe one therapy might be useful against the trio.

While there are some drugs to treat the infections, they are expensive and toxic and often need to be given via an intravenous drip, making them impractical in poor regions.

The researchers tested three million compounds, made by the pharmaceutical company Novartis, to find those that could kill multiple parasites in the laboratory.

One was then used as the basis of thousands of modifications to make the original 20 times more potent.

Dr Elmarie Myburgh, one of the researchers based at the University of York, told the BBC News website: “What makes it special is the fact it is targeting all three parasites. That’s the first time it has been done, so it is quite special.

“To me this is obviously a big deal, I’m in this field to try and make a difference, to get to a cure, and we’re working hard in the hope that it gets to patients.

“There’s been very little incentive to spend a lot of money on these diseases as they affect a very poor, and yet large, population.”

Further refinements to the compound are taking place as the researchers ensure it is safe before starting human trials.

The drug works by attacking the parasites’ proteasomes. The structures recycle waste proteins in the parasite.

But crucially the chemical does not affect similar processes in mammalian cells.

Richard Glynne, from the Genomics Institute of the Novartis Research Foundation, told the BBC that attacking the proteasome was “not by design, more by serendipity”.

It had been thought the proteasome was too similar across all species to develop a drug that would not be toxic to the patient.

However, he said there may ultimately need to be three separate drugs: “It may be a single drug for all three diseases may not be the best strategy.

“The biology of the diseases is different. For example in sleeping sickness the parasite is in the brain, so you need a drug that gets into the brain, so there are tweaks that may be required.”

Dr Stephen Caddick, the director of innovation at the Wellcome Trust research charity which helped fund the study, told the BBC News website: “These are pretty nasty, highly prevalent parasites and affect people living in the most poverty-stricken parts of world. We need to make more progress.

“We continually face challenges getting medicines to those people and making affordable medicines is an important first step.

“This is quite an important piece of research, I’m excited by it, but there’s still a long way to go.”