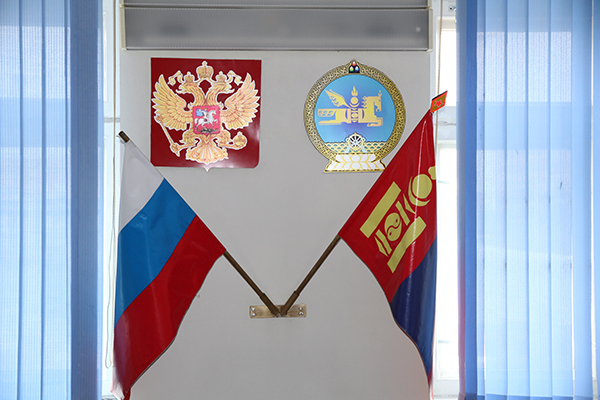 Minister of Road and Transport Development D.Ganbat received the Ambassador Extraordinary and Plenipotentiary of Russia I.K.Azizov on August 5. The sides exchanged views on the current state and future perspectives of the cooperation between Mongolia and Russia in transport sector.

Transport cooperation plays a key role in the successful development of economic ties, emphasized the Minister. He also stressed the significance of the Program on Creating an Economic Corridor between Mongolia, China and Russia and close cooperation with the neighbor in the north in realizing transit transport measures, for Mongolia is a landlocked country.

He also requested the Russian side to show support for the test transit transport in route of Tianjin-Ulaanbaatar-Ulan-Ude, to be conducted August 13-25.

The Ambassador, in response, highlighted that the proposals, which have been put together by the Minister, are shaping the areas of cooperation in the near future. He promised to convey these requests and cooperation proposals to the Russian Ministry of Transport and the railway authorities.