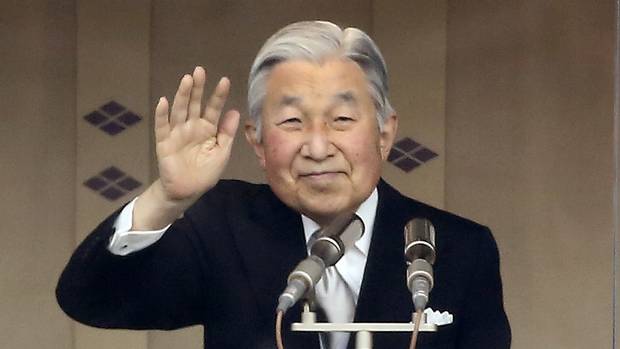 Japan’s Emperor Akihito, in a rare address to the public, has signalled his apparent wish to abdicate by expressing concern about his ability to carry out his duties fully.

“When I consider my age of over 80, as well as my gradually deteriorating physical condition despite being luckily healthy at this moment, I am concerned about being able to fulfil my duties as a symbol with the utmost efforts, as I have done so far,” he said in a 10-minute pre-recorded speech which was broadcast on national television.

It may be the closest he could come to saying he wants to step down, given restrictions on what he can say as a symbolic monarch with no political power.

As expected, he avoided using the word “abdication”, which could have violated those restrictions.

The 82-year-old monarch spoke publicly after recent media reports that he may want to abdicate. If he does, it is not expected to happen immediately, as legal changes would be needed to allow him to do so.

Akihito suggested in his speech a need to consider how to make the succession process smoother.

He has reportedly told palace officials and his family that he does not wish to cling to his title if his responsibilities have to be severely reduced, and his two sons have accepted the idea.