Home » Culture and history » The Basque beret, from peasant cap to ’emblem of France’ 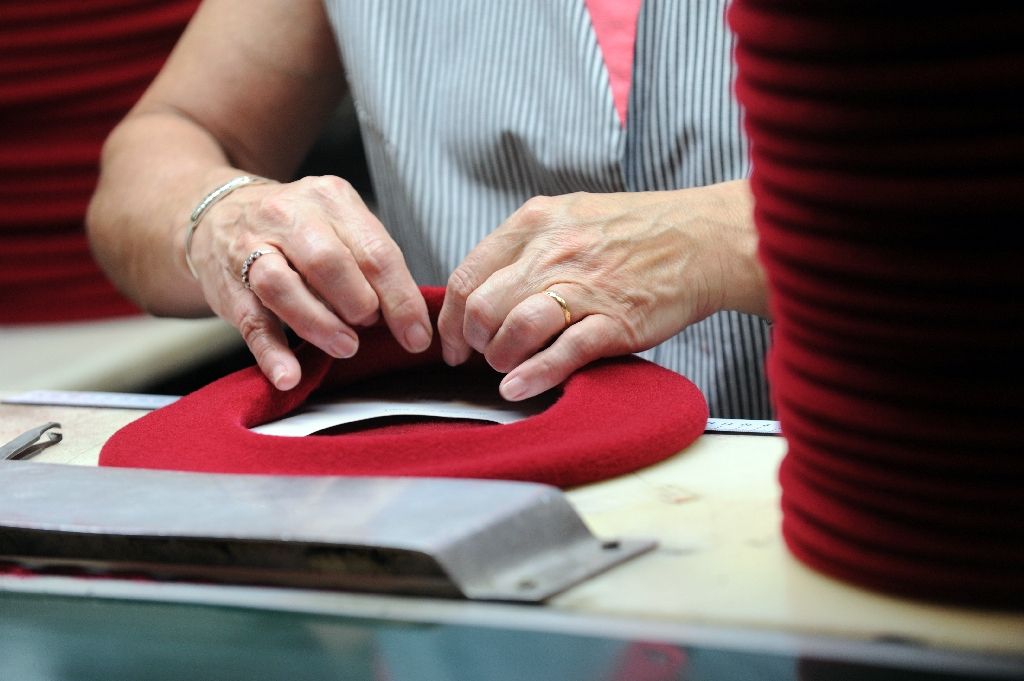 The Basque beret, from peasant cap to ’emblem of France’

The jaunty topper preferred by Che Guevara and Pablo Picasso added a saucy touch to Monica Lewinsky’s look in a famous photo of her getting a hug from then president Bill Clinton at a 1996 White House event.

In Oloron-Sainte-Marie, France’s “Basque Beret Capital”, one company, the House of Laulhere, lays claim to being the oldest producer of the flat cap, turning them out for nearly 200 years.

The beret will never go out of fashion, says commercial director Mark Saunders.

“The image of the Frenchman with a baguette under the arm and a beret on his head is obsolete only in the minds of the French,” says the 47-year-old Irishman.

“Overseas, the beret is the emblem of France, synonymous with luxury and fashion,” he says, noting that Monaco’s Princess Charlene donned a Laulhere beret for her first public appearance after the birth of her twin girls two years ago.

Laulhere is now one of the last firms to produce berets that are 100 percent made in France.

“Just 30 years ago in this region there were 22 beret factories,” Saunders says in fluent French tinged with an Irish brogue.

A few new manufacturers have sprung up recently in nearby Bearn, including some that simply put the finishing touches on berets that they buy wholesale, he notes.

“We are not the last French maker but the last historic maker of the French beret,” Saunders says with a twinkle in his eye.

Laulhere has a counterpart in the Spanish Basque country just over the border, Boinas Elosegui, in the town of Tolosa in the shadow of the Pyrenees.

Founded in 1858, it is the only Spanish company to make fine quality Basque berets. Like Laulhere, at Boinas Elosegui almost the entire process from weave to finish is carried out by hand using pure virgin merino wool.

“One of the secrets is the felting, in which the berets are washed for between five and seven hours with water from the river Gave,” Saunders said. “The minerals in the Gave water give the Laulhere berets their feel, which you cannot achieve with tap water.”

The firm was on the edge of bankruptcy in 2012 when it was bought by the Cargo holding company grouping around 15 small businesses in southwestern France.

The traditional “Heritage” beret makes up 35 percent of its output; another 30 percent goes to military clients in France and around the world, with the rest going to haute-couture thanks to the fashion trend set by designers such as Dolce & Gabbana, John Galliano, Louis Vuitton and Ralph Lauren.

It is also the official supplier of France’s rugby team.

Nearly a third of its production is for export, with clients in around 20 countries including Japan, China and the United States.

The knitting is now mechanised, but all the other stages are performed by hand — including felting, dying, shaping, shaving, finishing and garnishing.