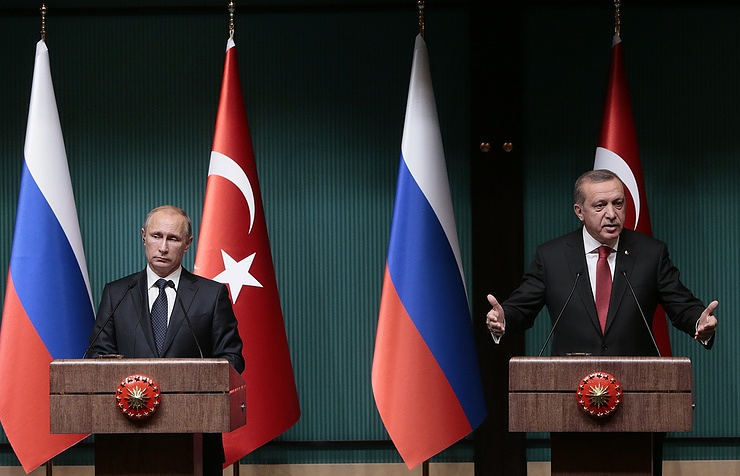 A next regular meeting of the Russia-Iran intergovernmental commission on scientific and technical cooperation will be organized before the yearend, Russian president’s aide Yuri Ushakov said on Friday.

“It is planned to organize a next meeting of the intergovernmental commission before the end of the current year,” he told journalists.

He said that Russian President Vladimir Putin plans to hold bilateral talks with his Azerbaijani and Iranian counterparts, Ilham Aliyev and Hassan Rouhani, within the framework of the trilateral summit in the Azerbaijani capital city of Baku due on August 8.

“Upon arrival in Baku, the president will meet with Aliyev and after that – with Rouhani. Bilateral contacts will precede the trilateral summit,” he said.

Apart from that, Ushakov said that the Russia-Azerbaijan intergovernmental commission on economic cooperation will have a regular meeting in Baku this autumn.

The trilateral summit, according to Ushakov, will be opened by its host, Azerbaijani President Ilham Aliyev. The three leaders will later speak about prospects of cooperation in the trilateral format. After that, the three presidents will hear reports of sectoral ministers of the three countries, including ministers of transport, of energy, and of economy.