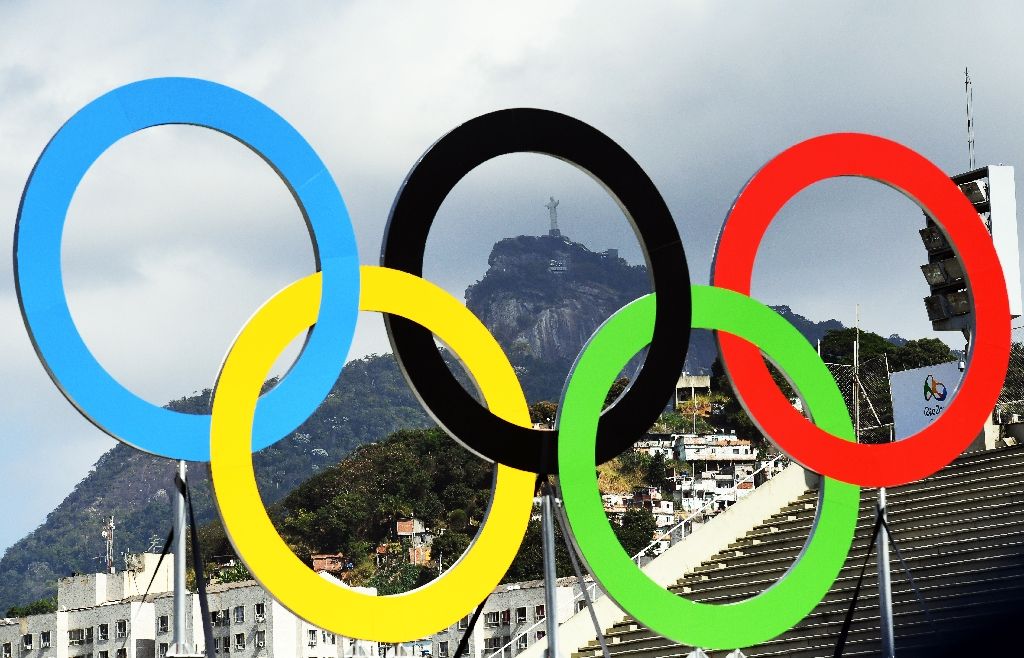 The carnival capital of Rio de Janeiro will host a glittering Olympics opening ceremony party on Friday, hoping to draw a line under a turbulent seven-year build-up dogged by recession, drugs scandals, crime and infrastructure stumbles.

The iconic Maracana Stadium will host a pulsating gathering for more than 70,000 fans, 10,400 athletes and dozens of world leaders as the first Olympics to be staged in South America gets under way.

The ceremony in the teeming Brazilian city sets off two weeks of sporting excellence and drama featuring the likes of Usain Bolt and Michael Phelps that wraps up on August 21.

Yet the giddy euphoria that invariably accompanies the opening of an Olympic Games has been notably absent as Brazil grapples with a tanking economy and a grim litany of social problems.

Organisers hope the bright lights and thumping rhythms of Friday’s samba spectacular at the Maracana can brighten the mood throughout the nation.

“I hope the opening ceremony can be a kind of anti-depressant for Brazil,” said one of the show’s creative directors, the acclaimed “City of God” filmmaker Fernando Meirelles.

The ceremony would craft a message of tolerance and care for the environment to a troubled planet, Meirelles said.

“The world is very tense,” the director added, citing the rise of US presidential contender Donald Trump and Britain’s recent shock decision to leave the European Union. “The whole world feels this tension.”

Friday’s opening will light the touchpaper for 17 days of sporting drama played out against some of Rio’s most iconic landmarks.

Jamaican sprint king Bolt will compete under the gaze of the Christ the Redeemer statue, sailors and swimmers will duel near Sugarloaf Mountain while the golden sands of Copacabana will host beach volleyball.

But the party will kick-off after the most trouble-plagued build-up to an Olympics in history, with a biting recession, double-digit unemployment, soaring crime and a public health crisis caused by the Zika virus just a few of the social problems ravaging the city.

A political crisis led to the impeachment of President Dilma Rousseff, meaning the Brazilian leader will miss Friday’s ceremony. Interim president Michel Temer will take Rousseff’s place, but could face a hostile reception from the crowd.

Brazilian media reports say that music will be turned up as soon as he finishes speaking to mask any booing from protesters.

“In a way the Olympics is good for Brazil to help us develop, but the country is very sad, full of violence and unemployment,” Carlos Roberto, 56, a dockyard worker told AFP as the Olympic flame passed through the city.

Anticipation for the sporting battles has been eclipsed by the fallout from the Russian doping scandal that has divided the International Olympic Committee (IOC) and the World Anti-Doping Agency.

The IOC’s decision not to impose a blanket ban on Russia following revelations of a state-sponsored doping program opened the door to legal turmoil that left the precise make-up of the Russian team in limbo.

On Thursday, the IOC confirmed the Russian team would be made up of 271 athletes, with 118 eliminated because of the drug scandal.

Russian Olympic Committee president Alexander Zhukov said the team was “probably the cleanest in Rio” because of all the tests and checks they have undergone.

The first gold medal should be awarded on Saturday in shooting.

All eyes will be on American swimming star Phelps, the most decorated Olympian in history, when he returns to the swimming pool in the first week.

Track and field will see Jamaican star Bolt aim to defend his 100m, 200m and 4x100m crowns for the third straight Games.

Gymnastics meanwhile could see the world find a new darling with America’s teenage star Simone Biles while new sports making their debut in Rio will include seven-a-side rugby and golf.

But Brazil’s bid for a first ever football gold medal is already off to an inauspicious start. The team, led by Neymar, was booed from the field in Brasilia on Thursday after being held to a 0-0 draw by South Africa.