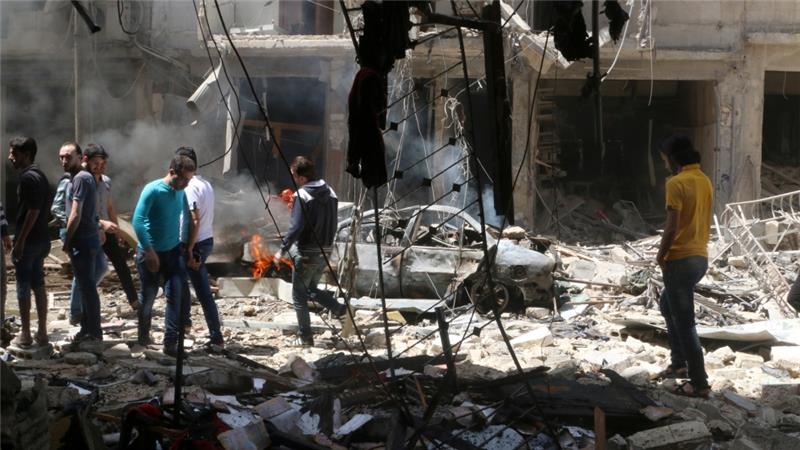 Russia expects that the Organization for the Prohibition of Chemical Weapons (OPCW) will promptly pay attention to the use of war gases in Syria by militants of the so-called moderate opposition and conduct a relevant investigation, Mikhail Ulyanov, the Director of the Russian Foreign Ministry’s Department for Non-Proliferation and Arms Control, told TASS today.

“Reports on the use of chemicals in Aleppo by a certain group linked to the so-called moderate opposition, according to US estimates, have been confirmed by the Russian military working on the ground,” he said. “Essentially, this gives reason to the OPCW and even makes it necessary to carry out a relevant investigation.”

“Of course, sending international experts to the scene in Aleppo where hostilities are underway may be difficult for safety reasons,” the diplomat went on to say. “However, the OPCW’s objective is to be fully impartial and, of course, not to focus only on the cases when the opposition makes accusations against the Syrian armed forces over the alleged use of chemical substances for military purposes.”

As for Syria’s compliance with obligations to destroy former chemical weapons production facilities, Ulyanov noted that there are no complaints against Damascus. “Twelve chemical weapons production facilities were to be destroyed, including seven hangars and five underground facilities,” he said. “It was planned to destroy the last hangar until the end of 2015. However, it was impossible to do that on security grounds, as the area is controlled by gunmen.”

Head of the Russian Center for Reconciliation of the Warring Parties in Syria Lieutenant-General Sergei Chvarkov told reporters on Wednesday that toxic agents were used against civilians in Aleppo from the area controlled by gunmen of the Harakat Nour al-Din al-Zenki group the United States considered by the US part of the moderate opposition. The attack claimed the lives of seven people, 23 others were taken to Aleppo’s hospitals with respiratory tract burns, he said, adding that the Russian side has informed the United States about the use of poison gas by militants.