Home » Economy » Enbridge to buy stakes in two US oil pipelines for $1.5 bn 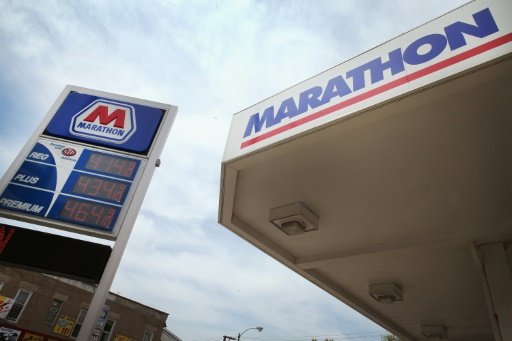 Enbridge to buy stakes in two US oil pipelines for $1.5 bn

Canadian oil pipeline operator Enbridge said Tuesday it had formed a joint venture with Marathon Petroleum to take a minority stake in two large US pipelines for $1.5 billion.

The joint venture between Enbridge, with a 75 percent stake, and Marathon Petroleum, with 25 percent, will hold 49 percent of the Bakken Pipeline oil company, majority owned by Texas-based Phillips 66, which specializes in refining and transporting petroleum products.

Bakken owns two major pipelines, Dakota access (DAPL) and Energy transfer crude oil (ETCO), which are expected to be commissioned by the end of the year.

The DAPL pipeline connects the North Dakota oil basin to Patoka, Illinois, with an initial capacity of 470,000 barrels per day (bpd) of crude oil.

The ETCO pipeline is a converted gas pipeline running from Patoka to an oil terminal in Nederland, Texas belonging to Sunoco.

“This acquisition is an attractive opportunity to participate in a pipeline system that will transport crude oil from the prolific Bakken formation in North Dakota” to refineries in the Gulf of Mexico, Enbridge president Mark Maki said in a statement.

On the deal’s successful closing, Enbridge and Marathon plan to end their agreements for the proposed Sandpiper pipeline, which would have transported Bakken oil from North Dakota to Wisconsin.

Enbridge will evaluate the Sandpiper project “to ensure that it is positioned to meet the growing need for pipeline capacity,” the statement said.

In 2012, Enbridge had estimated construction of the pipeline would cost $2.5 billion to connect the oil regions of Alberta in western Canada to its transportation network in North Dakota.