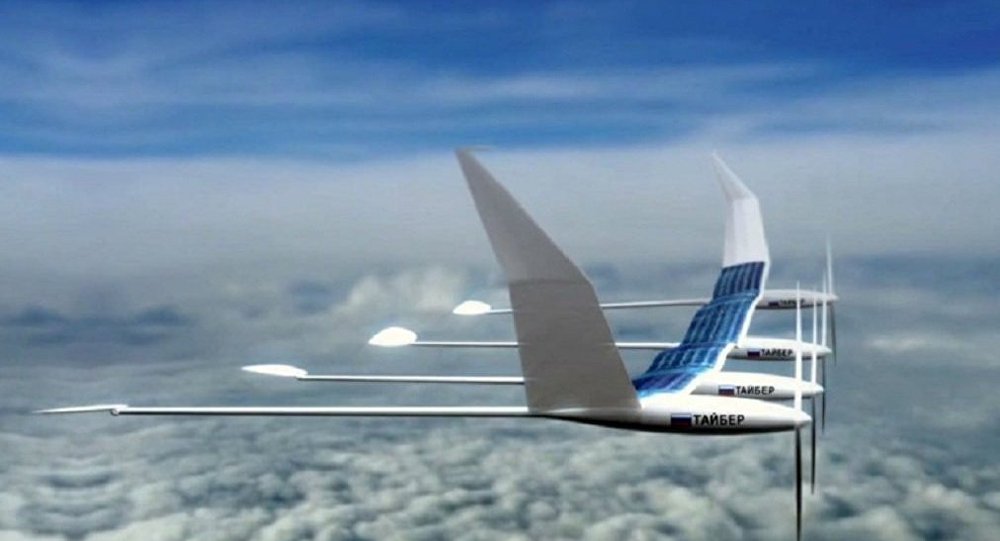 On Tuesday, the prototype of the first atmosphere research satellite Sova with a wingspan of 9 meters (30 feet) has successfully completed a 48-hour non-stop flight.

“The atmospheric satellite is solar-powered, and it is one of the basic platforms for developing key technologies. What makes it special is that — since Russia is quite a northern country with not a lot of sun — the satellite is designed for continuous operations in the northern latitudes, including the Arctic. In the near future we will make a prototype with [wingspan of] 27 meters [88.6 feet], which will be able to work even beyond the 70 parallel [north], where there is no sun but is always the polar night. The future of such devices is very interesting, especially if they are flying over uninhabited areas of North and Siberia,” Denisov said.

According to him, such an atmospheric satellite could fly continuously and will be limited only by the lifespan of the microelectronics it uses. Denisov added that the Sova refers to a whole family of the research and development projects.

The Sova will help ensure a continuous monitoring of the Earth’s atmosphere in high latitudes and will also serve as a telecommunications hub. It is being carried out by the Russian Advanced Research Fund in collaboration with the Moscow-based Taiber R&D Company.

The Fund for Perspective Research was founded in 2013 to strengthen research and production of technology for the Russian military. The Fund is currently working on over 50 projects for which labs have been set up at the leading Russian universities and research institutes.