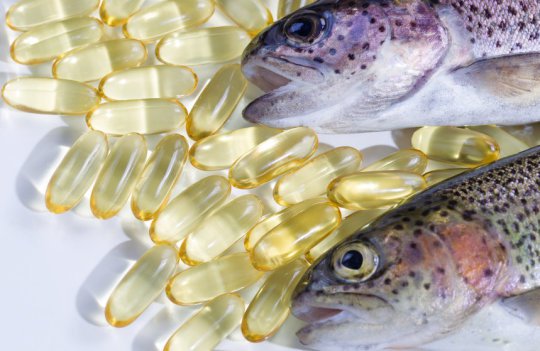 Giving heart attack patients a high dose of omega-3 fatty acids from fish oil, daily for six months after a heart attack improved the function of the heart and reduced scarring in the undamaged muscle, according to new research in the American Heart Association’s journal Circulation.

The heart’s shape and function can be altered after a heart attack, a condition known as post-heart attack remodeling and it is linked with poor patient outcomes and could lead to heart failure. Therapies that can improve healing of the heart or prevent adverse remodeling, remain scarce.

In the new OMEGA-REMODEL randomized clinical trial, researchers found compared to those taking a placebo, patients taking a dose of 4 grams of omega-3 fatty acids daily for six months:

experienced a 5.8 percent reduction in left ventricular end-systolic volume index: a clinical marker that can predict patient outcome after a heart attack; and had a 5.6 percent reduction in a measurement of scarred connective tissue (fibrosis) formation in the non-damaged heart muscle.

“Heart failure is still a major problem after a heart attack despite all the therapy we have and the advances in interventional care,” said Raymond Y. Kwong, M.D., M.P.H., senior author of the study and director of Cardiac Magnetic Resonance Imaging, Brigham and Women’s Hospital and an associate professor of medicine at Harvard Medical School in Boston, Massachusetts. “Our findings show that omega-3 fatty acids are a safe and effective treatment in improving cardiac remodeling, so it may be promising in reducing the incidence of heart failure or death, which are still major healthcare burdens to patients who suffer a heart attack.”

Researchers said these results suggests that omega-3 fatty acids allow the heart to contract better, and also reduces the fibrosis in the region that is not damaged.

The researchers also observed a reduction in biomarkers for inflammation, suggesting that omega-3 fatty acids have some anti-inflammatory properties.

The study involved 360 heart attack survivors, half were given a high dose omega-3 fatty acids and half placebo, beginning within a month of the heart attack. Because the study participants were given high doses of omega-3s in addition to their other medications, patients were under a physician’s care and observed for any potential adverse outcomes by study authors throughout the study.

The treatment was found to be safe and effective. Both groups received treatment based on guidelines issued by the American College of Cardiology Foundation and the American Heart Association. Blood tests were used to confirm that patients in the omega-3 fatty acids group were taking the treatment.

The National Heart, Lung, and Blood Institute funded this study.