Home » Manchet 2 » Over 1.8 million Russian to be able to take part in parliamentary polls abroad 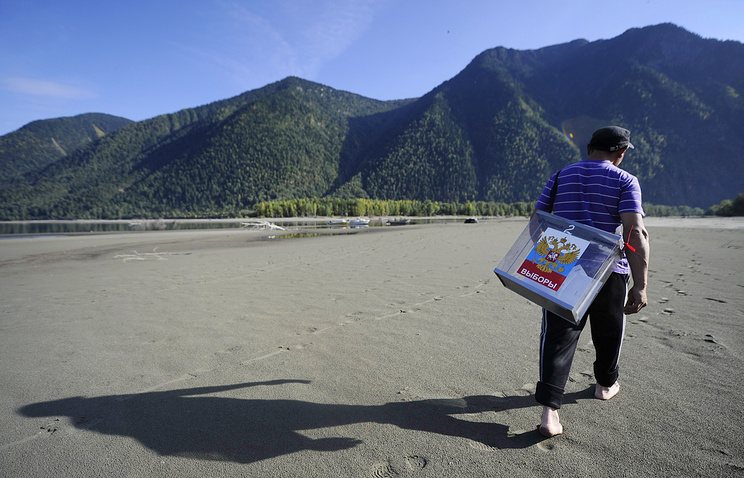 Over 1.8 million Russian to be able to take part in parliamentary polls abroad

More than 1.8 million Russian nationals living abroad will be able to cast their votes at Russia’s parliamentary elections on September 18, Nikolai Levichev, a member of the Russia Central Election Commission (CEC), told TASS on Tuesday.

“The Russian foreign ministry estimates the number of voters who can vote outside Russia at 1,872,390,” he said after a meeting between the commission’s top officials with Russian diplomats, most of whom represented countries housing an aggregate of about one million Russian voetrs.

Earlier, Vasily Likhachev of the Central Election Commission said that as of January 1, 2016, a total of 1,889,796 Russians were registered with consular establishments. As many as 1,651,000 of them are permanently living abroad.

Elections to the 450-seat Russian State Duma will be held on September 18 under a mixed system: 225 lawmakers will be elected in one-seat constituencies and another 225 will be elected by party tickets. On June 17, Russian President Vladimir Putin signed a decree appointing the elections. The decree was published on the same day giving the official start to the election campaign. Along with elections to the State Duma, 39 regions will elect their legislative assemblies, seven constituent regions will hold direct elections of their top officials. Concurrently, municipal elections will be held in about 5,000 constituencies.