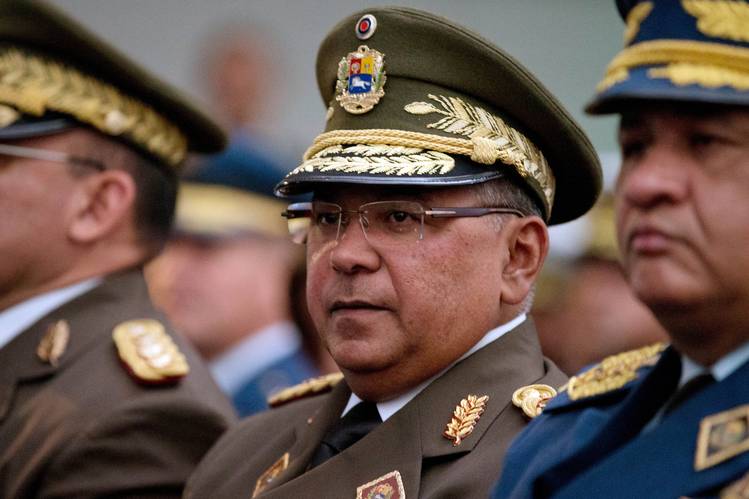 Venezuelan President Nicolas Maduro on Tuesday named a military general accused of drug crimes by the United States as his new interior minister and removed from the cabinet his top economic official who was viewed as a potential reformer. The reshuffle, was announced on his weekly “In Contact With Maduro” show.

The Newly-named Interior Minister Nestor Reverol is a former head of both the anti-narcotics agency and National Guard troop. U.S. prosecutors announced an indictment against him and another official on Monday for abetting cocaine trafficking.

Reverol, a 51-year-old soldier, who also served as interior minister under Maduro’s predecessor Hugo Chavez, has in the past denied U.S. allegations. Venezuela’s government says the allegations are part of an international smear campaign.

“I offer all my support … he has been attacked by the U.S. empire,” Maduro said.

“As interior minister, he broke the world record for capturing traffickers, that is why they want to make him pay, the DEA and all the U.S. drug mafias,” Maduro added, referring to the U.S. Drug Enforcement Agency. “That’s why I have named this brave, combative, experienced man.”

According to the U.S. indictment, from 2008 to 2010, Reverol and the other official, Edylberto Molina, took payments from traffickers to alert them over raids, hinder investigations and arrange the release of suspects, cash and drugs.

In another surprise move on Tuesday, Maduro removed his vice president for the economy and industry minister Miguel Perez.

A former business leader, Perez had advocated for a reform of Venezuela’s byzantine currency controls, to create one unified rate, and was viewed by economists and investors as a possible catalyst for reforms to the state-led economic model.

The South American OPEC nation’s economy is mired in crisis, with a third year of recession, triple-digit inflation, widespread shortages and vast lines at shops.

“I told him to rest for five or six days, I have given him a new mission, we will announce it soon,” Maduro said of Perez.

Industry vice minister Carlos Faria was named to the top post in that ministry.

The outgoing interior minister, Gustavo Gonzalez, is on a U.S. sanctions list for accusations of complicity in 2014 violence against anti-government protester. He denies that.