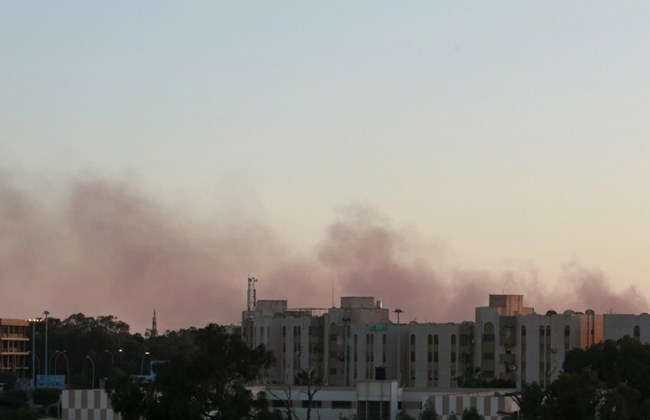 A car bomb targeting security forces in the eastern Libyan city of Benghazi killed at least 22 people and injured 20 Tuesday, a spokesman for the forces and medical officials said.

The blast occurred in a residential area in the Guwarsha district, the scene of fighting between security forces loyal to Libya’s eastern government and an alliance of Islamists and other opponents.

The alliance, the Shurah Council of Benghazi Revolutionaries, claimed responsibility for the blast, according to a statement posted on media sites linked to the group.

Benghazi has been plagued by violence since eastern commander Khalifa Haftar launched a campaign against the Shurah Council two years ago. His forces have advanced in several areas in recent months, but have not gained full control of the city.

There have been occasional car bombings, though the toll from Tuesday’s blast was unusually high.

The attack targeted a gathering of the special forces unit of Haftar’s forces, known as the Libyan National Army, spokesman Fadel al-Hassi said. A Reuters witness said the powerful explosion reduced a three-story building to rubble.

Haftar’s forces are allied to a government that has been based in eastern Libya since 2014, when armed groups set up a rival administration in the capital, Tripoli.

A U.N.-backed government, known as the Government of National Accord, moved into Tripoli earlier this year, but Haftar and the eastern government have so far rejected it.

Earlier Tuesday, Libyan forces said they were advancing inside the Daesh (ISIS) bastion of Sirte and had gained full control of Al-Dollar, a central residential district in Sirte, after clashes that killed five of their members and wounded 17.

The U.S., meanwhile, conducted a second straight day of airstrikes on Daesh’s positions in the city.

The Pentagon said the raids came in response to a request from Fayez al-Sarraj, the unity government chief.

The militant bastion, located just across the Mediterranean from Europe, has been shaken by weeks of fierce clashes between militants and fighters allied to the GNA.

The city, 450 kilometers east of Tripoli, has been controlled by Daesh since June 2015.