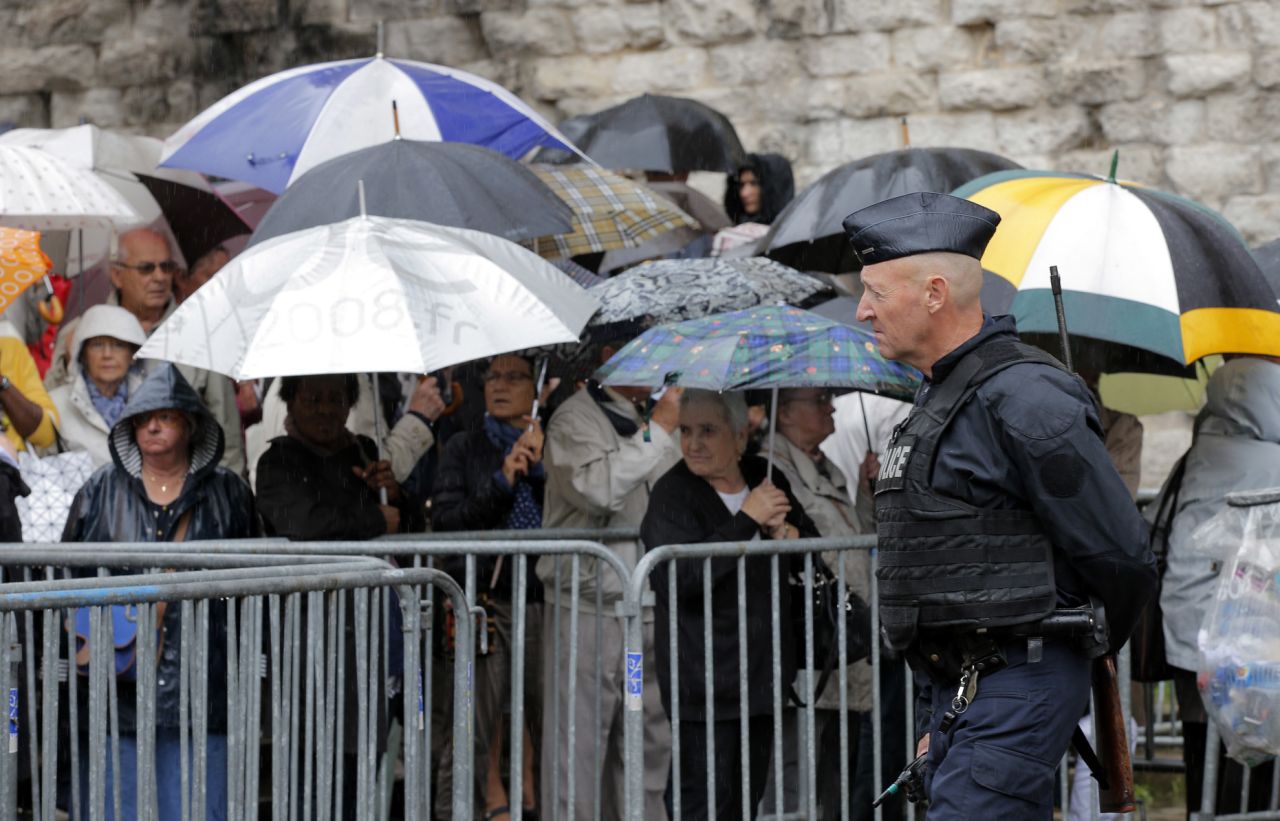 Hundreds of mourners were gathering Tuesday in the cathedral of Rouen, in western France, for the funeral Mass for the priest who was killed by two Islamic extremists last week in the nearby town of Saint-Etienne-du-Rouvray.

The Mass was to be celebrated by Rouen’s archbishop, Dominique Lebrun, in the presence of the Interior Minister Bernard Cazeneuve, and the ceremony was organized under tight security, and burial was to be held very privately.

Father Jacques Hamel, 85, was killed when his throat was slit as he celebrated morning Mass. The “Islamic State group” (ISIS) claimed responsibility for the attack.

On Sunday, dozens of Muslims in France and Italy attended Catholic Masses as a gesture of interfaith solidarity following the attack on the priest.