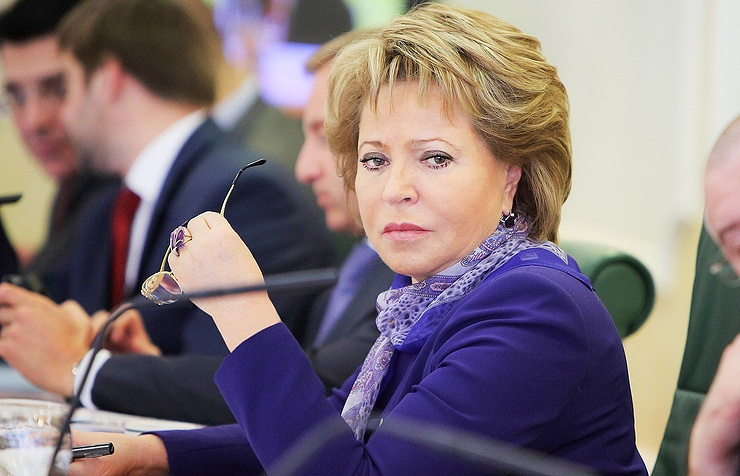 The attack on a Russian Mi-8 helicopter that was returning for a humanitarian mission in Syria is a villainy committed by those who want the war in the Middle East to continue, speaker of Russia’s Federation Council upper parliament house Valentina Matviyenko said today.

“The vile attack on the Russian helicopter, which delivered humanitarian assistance to people living in Aleppo is another crime committed by those forces that seek continuation of the war in the Middle East,” she wrote in a telegram to Russian Defense Minister Sergei Shoigu.

“The international community can put an end to the bloodshed and bring lasting peace in the region only by pooling its efforts towards political settlement of the situation in Syria,” Matviyenko stressed.

She also expressed condolences to the families of the Russian servicemen who were killed in the helicopter crash in Syria’s province of Idlib. “They gave their lives discharging their military duty,” she underscored.

A Russian Mi-8 military transport helicopter was shot down on August 1 in the Syrian province of Idlib with fire from the ground when it was on the way to the Hmeymim air base after delivering humanitarian aid to the city of Aleppo. There were three crewmembers and two officers from Russia’s center for reconciliation of the warring parties in Syria on board. All died.