Home » Manchet 4 » Pope: not right to talk about a ‘violent, terrorist’ Islam 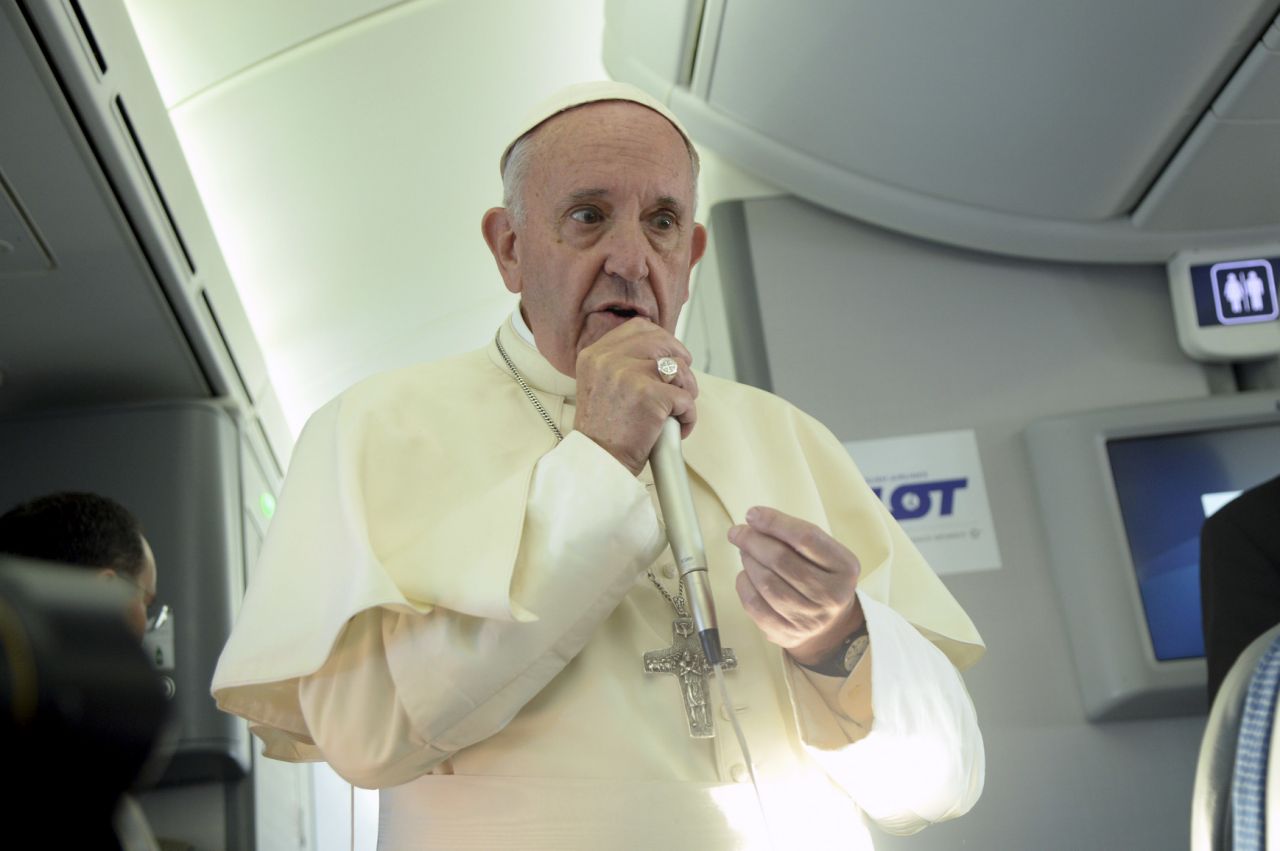 Pope: not right to talk about a ‘violent, terrorist’ Islam

Pope Francis on Sunday said he won’t label Islam as “terrorist” because that would be unfair and not true.

Reporters aboard the papal plane flying him home after a pilgrimage to Poland that began the day after extremists slit the throat of an elderly priest celebrating Mass in a French church, asked him why he never uses the world “Islam” to describe terrorism or other violence.

While in Poland, Francis made an unscheduled stop at a church in Krakow to implore God to protect people from the “devastating wave” of terrorism in many part of the world.

He added: “I believe that in every religion there is always a little fundamentalist group.”

“I don’t like to talk of Islamic violence because every day, when I go through the newspapers, I see violence, this man who kills his girlfriend, another who kills his mother-in-law,” Francis said, in apparent reference to crime news in the predominantly Catholic country of Italy. “And these are baptized Catholics. If I speak of Islamic violence, then I have to speak of Catholic violence.”

Noting he has spoken with imams, he concluded: “I know how they think, they are looking for peace.”

As for the Islamic State group, he said it “presents itself with a violent identity card, but that’s not Islam.”