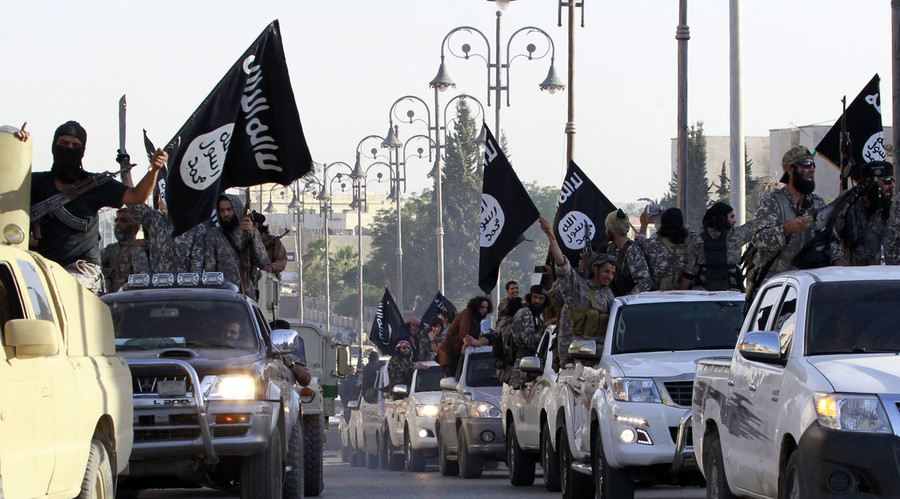 A newly-released video attributed to Islamic State (IS, formerly ISIS/ISIL) urges jihadists to stage attacks in Russia. The threat comes amid Russia’s repeated warnings that IS terrorism in Syria and Iraq could soon spread to other parts of the world.

While its authenticity could not be confirmed, Reuters reported that the video is thought to have come from the terrorist group’s Telegram account.

A 9-minute subtitled video shows armed militants launching attacks on vehicles and tents, as well as replenishing arms supplies somewhere in the desert. The footage ends with one of the masked militants encouraging the group’s supporters to mount attacks on Russian soil, while personally threatening President Vladimir Putin.

The alleged IS members did not elaborate on why Russia had been designated as its next “target,” however.

The danger posed by the looming return of radicalized IS recruits from Syria, where they went to fight in the jihadists’ ranks, was one of the main reasons Russia launched its airstrike campaign against the militants there.

“There are an estimated 5,000 to 7,000 fighters from Russia and other CIS member states fighting for ISIL,” Putin said last October after Russia launched its bombing campaign in Syria at the request of Syria’s president, Bashar Assad.

“We certainly cannot allow them to use the experience they are getting in Syria on home soil,” the president stressed, calling on the creation of a broad international coalition to curb the spread of terrorism.

Russia had largely achieved the stated goals of its operation in Syria by the time Putin ordered the withdrawal of the bulk of Russia’s forces in March.

ecently, Russia’s Defense Minister Sergey Shoigu estimated that some 2,000 fighters hailing from Russia, including 17 warlords, had been killed in the course of the five-month air campaign. Shoigu also warned that the world should brace for a more protracted crises similar to that in Syrian, given the alarming security situation in the world.

“In these circumstances, Russia will be forced to adequately respond to potential threats,” he stressed.

Afghanistan has become another breeding ground for terrorists close to Russia’s borders, posing an immense challenge to the overall security and stability of the Central Asia.

“The Afghan branch of IS is definitely specialized against Central Asia. Russian is even one of their working languages,”  Zamir Kabulov, head of the Russian Foreign Ministry’s Asia and Middle East Department, said back in April, estimating that the number of IS fighters in Afghanistan has increased tenfold since last year.

“There are now 10,000 IS fighters in Afghanistan. A year ago there were a hundred,” stated the diplomat.

In one of the most violent attacks to rock the Afghan capital recently, a suicide bomber detonated an explosive vest during a mass Shiite demonstration in Kabul, killing 80 people and injuring 23 on July 23. That terrorist act was claimed by Islamic State.