Home » Environment and society » 40 now hospitalised after anthrax outbreak in Yamal, more than half are children 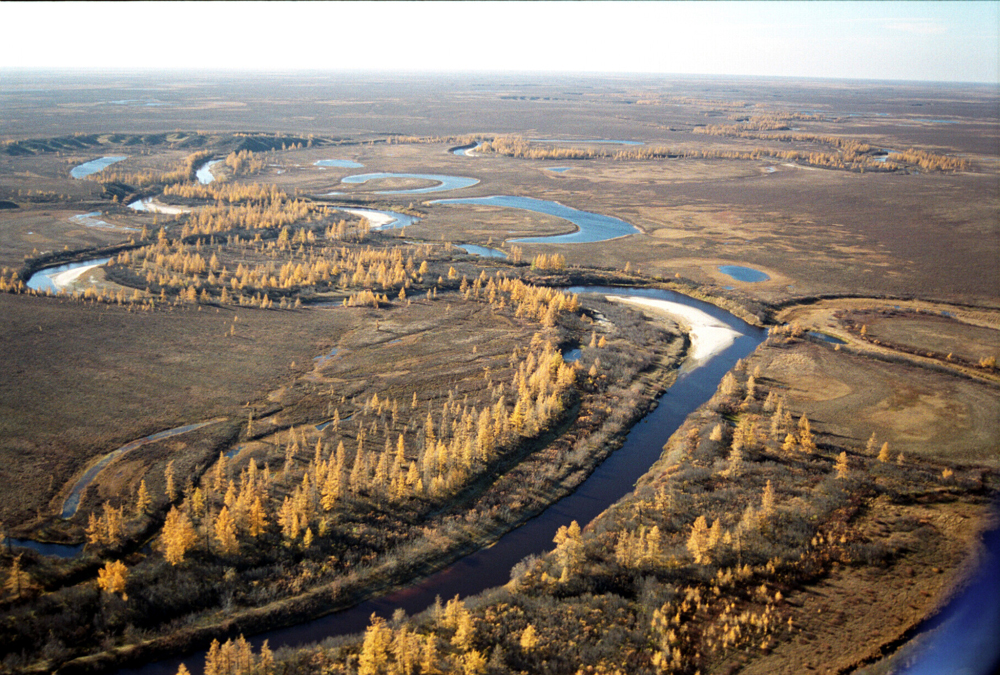 40 now hospitalised after anthrax outbreak in Yamal, more than half are children

A total of 40 people are under observation in hospital.

The concern among experts is that global warming thawed a diseased animal carcass at least 75 years old, buried in the melting permafrost, so unleashing the disease.

A total of 40 people, the majority of them children, from nomadic herder families in northern Siberia are under observation in hospital amid fears they may have contracted the anthrax. Doctors stress that so far there are NO confirmed cases.

Up to 1,200 reindeer were killed either by anthrax or a heatwave in the Arctic district where the infection spread.

They were deployed by Defence Minister Sergei Shoigu to carry laboratory tests on the ground, detect and eliminate the focal point of the infection, and to dispose safely of dead animals.

The move confirmed the seriousness with which the authorities view the anthrax outbreak, the first in this region since 1941.

The army unit is equipped with military helicopters as well as off road vehicles for what Yamalo-Nenets governor Dmitry Kobylkin calls ‘an extremely challenging task of liquidating the consequences – and disinfecting the focus – of the infection. I think this perhaps will be the first in the world operation cleaning up a territory of mass deer mortality over such distances in the tundra.’

Eight new people were admitted to hospital in Salekhard early on Friday, bringing the total to 40, said officials.

Earlier it was reported that 13 were in hospital.

‘As of now, there is no single diagnosis of the dangerous infection,’ said a spokesman for the governor of Yamalo-Nenets, Dmitry Kobylkin. ‘Medics are taking preliminary measures even if there is the slightest doubt over the nomads’ state of health.’

The 40 are all from a total of 63 nomads belonging to a dozen families who were at the site of the outbreak at Tarko-Sale Faktoria camp. The remaining nomads have been evacuated some 60 kilometres from the focus of infection in Yamalsky district.

Last year almost half a million reindeer were vaccinated against anthrax

A prolonged period of exceptionally hot weather in an Arctic Siberian district – with temperatures of up to 35C – has led to melting of permafrost in Yamalo-Nenets and other regions.

The outbreak of anthrax earlier this week is the first in this part of Russia since 1941.

Officials say 1,200 reindeer have died in recent days, evidently through a combination of infection from anthrax, and the heatwave – unprecedented in living memory.

A major inoculation programme is also underway with a local state of emergency declared at Tarko-Sale Faktoria camp, above the Arctic Circle and close to the Yaro To lake, some 340 kilometres north-east of Salekhard.

Anna Popova, director of state health watchdog Rospotrebnadzor, flew to the region on Thursday and insisted ‘all measures are now being taken to minimise the risks’.

She denied there was a risk of a spread to other regions of Russian.

But she warned: ‘We need to be ready for any manifestations and return of infection. The (Yamalo-Nenets) territory, which has had no anthrax in animals or people since 1941, and which has been considered free from infection since 1968, demonstrates that this infection is subtle.

‘It’s not the first situation when anthrax returns to Russia.’

Sanitation of the territory and disposal of reindeer carcasses will begin in the district in the nearest future.

‘To increase lab control, scientists from two Rospotrebnadzor research institutes are doing all necessary research,’ Anna Popova said. ‘Additionally, a lab has been deployed on the ground, and work is being done in the (scientific) institutions in Moscow and other cities of Russia.’

The concern follows an outbreak of the Bubonic Plage in the Altai Mountains in southern Siberia earlier this month.

It is already clear that the anthrax outbreak has come despite major precautions against the disease in a part of northern Russia which takes huge pride in its venison industry, with supplies sent to other regions of the country and abroad.

Officials insisted that last year almost half a million reindeer were vaccinated against anthrax.

The remaining nomads have been evacuated some 60 kilometres from the focus of infection in Yamalsky district. Pictures: Vesti Yamal

One leading academic Professor Florian Stammler, of the Arctic Centre, University of Lapland, Finland, has warned of the serious risk of anthrax spreading around the Yamal Peninsula from this location, which he portrays as a reindeer junction.

He told The Siberian Times: ‘I have myself moved together with private herders around the Yaro To lake.

‘The location is an important pass way for many reindeer nomads, used in all seasons. The nomads with the furthest longest migration routes use it in early May, just before calving time, moving up North in spring towards their summer pastures.

‘The second ‘wave’ of herders use this location as a summer site, where they group with several households uniting many small herds into a big one for withstanding mosquito harassment,’ Professor Florian Stammler said.

‘People stay close to the Yaro To lake for fishing there in summer. In autumn the site is again used as a pass way for herders returning from their summer pastures south heading towards the slaughtering sites in the south of the Yamal Peninsula.

‘In winter, some private herders use the site and get supplies from the trading post in Tarko Sale. This shows that the place is very intensively used.

‘Due to the high mobility of herders using this site, utmost care has to be taken for preventing of anthrax being spread all over the Yamal Peninsula.’

Experts believe that the reason of the outbreak is the unusually warm summer and the resulting thawing of the tundra.

Anthrax has the potential to survive for a century or more.

It appears that the frozen infection ‘was unlocked by the thawing of a diseased carcass from a long time ago’, The Siberian Times was told.

‘We have a significant change in our climate in this region. Global warming can be behind the return of anthrax.’

The reindeer here were weakened by the heat, and strong warm winds. The region has faced ‘hot days’ of temperatures in the range of 25C to 35C for around a month, it is reported.

The lethal anthrax bacteria turn into spores when frozen, but morph back into their dangerous state when temperatures warm.

Potentially this process can unleash widespread old bacteria across regions with melting permafrost, as a number of scientists have warned.

The Sakha Republic, east of this region, has some 200 burial grounds of animals that succumbed to anthrax in the past.

The authorities in insist the outbreak will not impact on venison exports. They stress it was restricted to the site around Tarko-Sale camp yet the warning of Professor Stammler, that the location is a reindeer crossroads, means there is no scope for complacency.

A spokesman for the governor said: ‘This case won’t affect exports or the quality of meat.’

Most exports go to Germany, Sweden, Finland and the UK.

‘This case is local, it is about one one centre – Yaro To lake in Yamalsky district. No other centres (of anthrax infection) have been discovered.

‘Control and safety measures have been restricted across the whole region. There is no single chance that infected venison will make it to slaughter complex: all of them, each and every patch is thoroughly checked in line with the highest standards.

‘Our long-term history with foreign partners says that we are trusted and our reputation is precious. We’re hoping that this situation will not impact on attitudes towards Yamal products.’

Anthrax is an infection caused by the bacterium Bacillus anthracis. Among its forms are inhalation, which leads to fever, chest pain, and shortness of breath. The intestinal form presents with nausea, vomiting, diarrhea, or abdominal pain.

Until the 20th century, it killed hundreds of thousands of people and livestock each year.

Anthrax has been developed as a lethal weapon in the past.