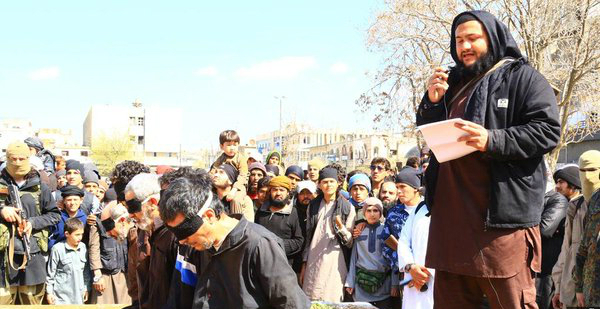 The Islamic State militant group has executed at least 24 civilians after seizing a village in northern Syria from a US-backed Kurdish-Arab alliance, a monitor said Friday (Jul 29).

The Syrian Observatory for Human Rights said IS executed 24 civilians “in the last 24 hours” after taking Buyir from the Syrian Democratic Forces.

The village is located some 10 kilometres (6 miles) northwest of Manbij, a key waypoint between the Turkish border and the IS de facto capital of Raqa city.

IS seized control of several villages in the countryside northwest of Manbij since launching a “fierce assault” on Thursday, according to the Observatory, which relies on sources inside Syria for its information.

The SDF, backed by air strikes from a US-led coalition, launched an offensive to retake Manbij from IS on May 31.

The alliance managed to enter the town but have since faced fierce opposition from the militants who have fought back with suicide bombers and car bombs.

More than 280,000 have been killed and millions displaced in Syria’s five-year conflict.