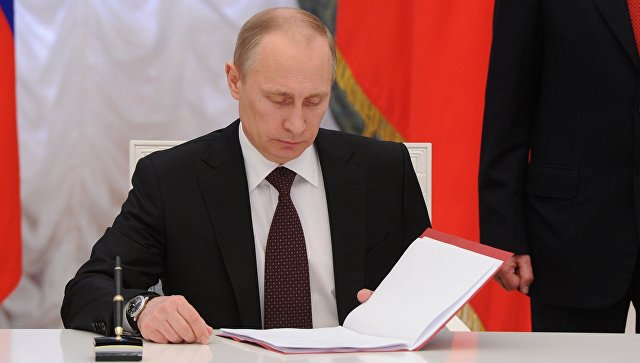 Russian President Vladimir Putin has filed a bill on legislative changes related to the merger of the Crimea and Southern Federal Districts to the State Duma, the lower house of the Russia’s Parliament, according to the President’s press service.

On Thursday (July 28), Russian President Putin signed a decree abolishing the Crimean Federal District and making Crimea and the city of Sebastopol part of the Russia’s Southern Federal District, which from now on will comprise the Republic of Adygeya, the Republic of Kalmykia, Crimea, and Krasnodar Krai, as well as Astrakhan Oblast, Volgograd Oblast, Rostov Oblast, and the city of Sevastopol.

Vladimir Ustinov, who has previously been an acting representative of the President in the Southern Federal District, is appointed to head the new territorial entity.